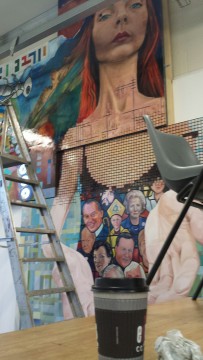 Castlefield Gallery is pleased to be playing host to LYNCH MOB, four MA Fine Art students at the University of Bolton.

LYNCH MOB is a collective of four MA Fine Art students at the University of Bolton, who are holding their first group exhibition at Castlefield Gallery.  The show will also feature a range of inter-disciplinary contemporary art from both emerging and established UK artists.

LYNCH MOB say “Their practices reflect the diverse nature of 21st century UK schools of art, and their invited guests complement this element of eclecticism.  Given this liberty, it is interesting to observe how many artists choose to operate in areas of personal, social or cultural politics.”