Launch Pad: It Was a Dark and Stormy Night

Castlefield Gallery is excited to present the next in its series of Launch Pad exhibitions, It Was a Dark and Stormy Night; a group project initiated by six artists based across the UK, France and The Netherlands. The exhibition has been selected from CG Associate members’ submissions by artist Jo McGonigal, and Castlefield Gallery’s Programme Manager Matthew Pendergast.

The exhibition takes its title from the often-mocked and parodied line which begins English novelist Edward Bulwer-Lytton’s 1830 novel Paul Clifford. The phrase has become associated with this melodramatic style of fiction that is also known as purple prose. It has also been used to prompt creativity in schools with an educational game where students begin with ‘It was a dark and stormy night…’ and then take it in turns to add the next line, until they have created a collective story.

Over the period of one month, the artists will be forging a ‘story’ in this manner, hoping that through the text they will create a singular subject matter which will lay the foundations for a harmonious group exhibition whilst reflecting the sometimes problematic nature of the ‘group show’. Coming together with a shared interest in making sensational and exaggerated works, the artists in It Was a Dark and Stormy Night intend to indulge their imagination, celebrating the farcical and light-hearted side of their practice.

Graeme Durant is based in Newcastle Upon Tyne, UK, where he is co-founder of art collective JAMBON. He Graduated with a BA (Hons) Fine Art from Northumbria University, UK in 2009. Recent exhibitions include Best In Show, Same Shit Different Day Gallery, London; BG3, Bloc Projects, Sheffield; When in Roam, Baltic Centre for Contemporary Art, Gateshead; Jambon January Sale, Newbridge Projects, Newcastle; Jesmonite on Paper, A3 Project Space, Birmingham; The Gate of The Kiss, Baltic 39, Newcastle.

Jemma Egan lives and works in London. She graduated from Sculpture at The Royal College of Art in 2015. Exhibitions include Film Open, Spike Island, Bristol; Pause Patina, Camden Arts Centre, London; Best In Show, Same Shit Different Day Gallery, London; Screensaver, Dyson Gallery, London; Faux Sho, It’s All Tropical, Assembly House, Leeds; One I Made Earlier, Half A Dozen Projects, London; Suh-peer-ee-er, *Queenspecific, Toronto. She was a member of VSVSVS in Toronto 2012-13 and co-director of The Royal Standard in Liverpool 2007-10.

Launch Pads are short exhibitions or performances that punctuate Castlefield Gallery’s curated programme providing artists, writers and independent curators with the opportunity to use the gallery as a test bed for the production, display and consumption of contemporary art. Launch Pads feature emerging talent selected from CG Associate members’ proposals (three times a year) and from the MA and BA art courses at Manchester School of Art (once a year). For more information about CG Associates visit castlefieldgallery.co.uk/associates 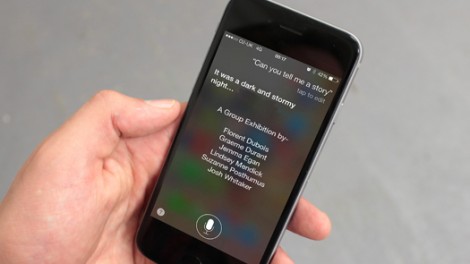 Launch Pad: It Was a Dark and Stormy Night 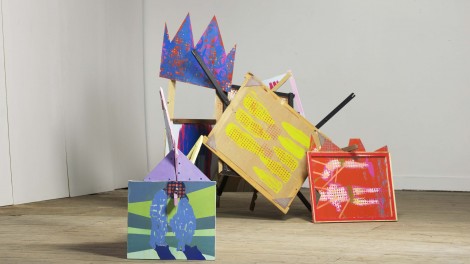 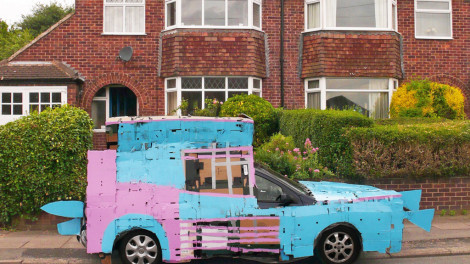