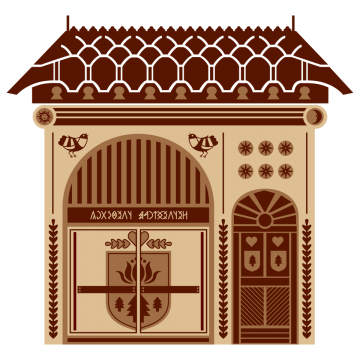 Date and time: Thursday 11 May, 6.15-9.15pm
Venue: Castlefield Gallery, Manchester
Ticketing: By invitation – capacity will be limited. A very limited amount of  public tickets have been released for this event.  Book a public ticket via eventbrite.

GoBeArt Talks is a part of Góbéfest, the UK’s first Transylvanian Hungarian Festival of Art and Culture. Inspired by the Góbé culture, better known as the Székely Hungarians of Transylvania, Góbéfest aims to become a catalyst for cultural and artistic collaborations between the UK, Hungary and Transylvania.

GoBeArt Talks event UK / Transylvanian Hungarian Exchange: re-appraising folk and the contemporary will be a precursor to the myriad of Góbéfest events that will take place in Manchester city centre over the weekend of 13-14 May 2017 in Albert Square.

An evening of panel and participant debate, discussion and networking, UK / Transylvanian Hungarian Exchange: re-appraising folk and the contemporary will explore the relationship between folk production, traditional artisan skills and making, and contemporary visual art practice. Panel members and invited guests will be networked and encouraged to consider the opportunities that UK / Transylvanian Hungarian artistic and cultural exchange might allow, especially in the context of influencing ways for artists to develop their ideas.

The aim is for speakers and invited participants to contribute and influence UK / Transylvanian Hungarian exchange opportunities and programmes, including residency exchange to be programmed by Góbéfest’s GoBeArt and partners in future years.

More on the speakers:

Chair, Rebecca Hill: Rebecca is on the steering group of Art UK, the UK’s digital home for public art collections, is currently engaged in developing the permanent art gallery and related spaces at Gallery Oldham, as part of its £16 million pound HLF-funded refurbishment of Oldham’s original museum and library, and is working with Tate for ARTIST ROOMS in 2018. Rebecca is also currently busy delivering a programme designed to revive historic links between Oldham and Kagoshima in Japan, initially through a collaborative schools project (funded by the Daiwa Foundation and the Japan Society). The project is planned to deliver future artist exchanges and exhibition opportunities for participants in the UK and Japan.

Rebecca Hill has previously worked for a range of arts and cultural organisations across the North West of England, including what was Cornerhouse, Blackburn Museum and Art Gallery, and Towneley Hall. Rebecca has extensive experience of working with and developing historic and contemporary collections, as well as contemporary art exhibition making and commissioning. Her curating practice cuts across contemporary fine art, craft, design and the historic, and she is a lead member of the North West Craft Network.

Bill Campbell: Founder and Director of Islington Mill, a leading independent space for artists to live, create and showcase their work, based in Salford. Islington Mill produces innovative inter-disciplinary public arts programmes and artist residencies alongside studio spaces. William has held a number of advisory roles including Board Member of Sounds from the City, an annual live music and performance festival. In 2011 Bill was awarded the Master of Arts Honoris Causa by the University of Salford in recognition of outstanding achievements as a Salfordian and contribution to the creative industries within the city of Salford.

András Farkas: Co-founder of Pont Group, and Strategic coordinator of Castle in Transylvania.

Sarah Greaves: Sarah Greaves is an award winning mixed-media artist who uses craft, found objects and sound to create sculptural pieces and installations. Her first major collection used the traditional craft of embroidery to vandalise and graffiti everyday objects with emotive, political and thoughtful text. Greaves’ collection ‘Armenian Threads’ funded by the Arts Council and supported by the Armenian Institute is a vibrant installation of artworks created in response to her residency in Armenia and research with the Armenian community in Manchester. Ancient Armenian imagery, embroidered wooden sculptures, zoomorphic creatures and soundscape created lenses to view culture, history and identity.

Greaves’ work has been exhibited extensively across UK, published in various books and journals and received international press including two interviews on BBC Radio 4 Woman’s Hour.

Adam Sutherland: Adam Sutherland has been the Director of Grizedale Arts from its incarnation as a sculpture park to its re emergence as a civically conscious international agency. He has a background as an artist and continues to work in a hands on way across the organisation from the washing up, to making work with the participants including those from major artists, to volunteers and the local community.

Grizedale Arts is a residency and commissioning agency based on a smallholding in the English Lake District National Park. The organisation has close links with the Ruskin museum and the Coniston Institute – two local resources established in the 19th century by John Ruskin expounding the politics of the Arts and Crafts movement. Grizedale orchestrates collaborations between unlikely partners, artists and local communities, large scale international institutions and local clubs, folk and mainstream art, with an aim to make art and creativity a standard in everyday life. Previous projects include A Fair Land with Irish Museum of Modern Art, the Coliseum of the Consumed for Frieze Art Projects, and major projects for Sao Palo Bienale, Echigo Tsumari Triennale, APAP Korea amongst others.

This event is brought to you by Góbéfest as part of GoBeArt, in collaboration with New Generation Centre, London and Castlefield Gallery | Agency, Manchester.