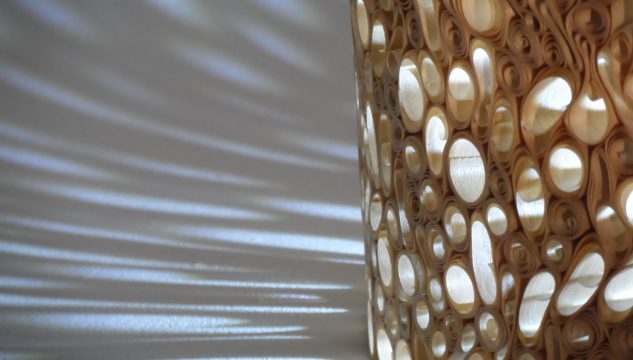 TREASURE: A new collaboration between leading crafts and design people from Korea & the UK

As part of the UK-Korea Cultural Season, a group of Korea’s top craftspeople – Living National Treasures (in waiting), as they are known in their home country, or Masters, visit the north-west England between 1-10 August 2017 on the first leg of a promising creative collaboration with their UK counterparts. Organised by leading contemporary arts organisations; Castlefield Gallery (Manchester) and Grizedale Arts (Cumbria), it is anticipated that the craft and design partnership will yield creative community start-ups and deepen cultural understanding between the two countries.

Unskilled makers and discerning palates required – As part of the Treasure project Castlefield Gallery and Grizedale Arts are hosting two days of public demonstrations, talks, eating and making with the Korean Master’s and their UK counterparts. Participants will contribute by helping in the development of a series of products that will become the basis of a community enterprise business.
Sessions are taking place at The Coniston Institute, Cumbria on Sunday 6 August from 11am – 5pm / visit grizedale.org for more info.

The next phase of the Treasure project will see the UK makers and designers hosted in Korea later this year, with the artists, makers and designers from both countries working together to refine designs –  aiming for them to be affordably made in large numbers and by unskilled hands.

The project will culminate in the launch of the social enterprise companies and with the products being sold from at a number of national venues and retail outlets next year.

Based on a small holding in the Lake District of England, Grizedale has a unique role as an arts organisation that both initiates local activities and undertakes major art projects throughout the world. Recent projects include ‘A FairLand’ for the Irish Museum of Modern Art and the development of ‘The Valley’ the connecting of local resources with national and international partners including currently Korea, Japan and Poland. grizedale.org

Tom Philipson is an award winning furniture maker and designer from Ulverston in Cumbria. He initially trained in traditional cabinet making and worked in the high class antique furniture restoration and conservation industries for 20 years before moving over in to designing and making 4 years ago.  Tom uses an extensive knowledge of his material and techniques mixed with experimental processes to create his products, and has gained national recognition for this approach. He continues to exhibit regularly on a national level and has been winner of “best in show” at The British Craft Trade Fair, and awarded a place on the Crafts Councils “hothouse” Talent Development program. craftscouncil.org.uk/directory/maker/tom-philipson

Artist-maker Joe Hartley worked as a butcher, a cook and a baker (among other jobs) before studying 3-D Design as a mature student, graduating from Manchester School of Art in 2012. Having started to work with ceramics at the age of ten, his high levels of skill have provided a bedrock for his exploration of clay and other materials. Joe uses objects, and the process of making them, to communicate ideas; the ideas and use dictate the form of what he makes. In 2016 Joe project-managed the building and fitting out of the Pilcrow Pub in Manchester city centre, working with groups from various communities to design and make the fittings for the pubs, in so doing engendering a sense of ownership and belonging. He then co-founded OH OK LTD based around a shared belief that places work better when everybody is involved with building them; OH OK LTD have launched a public fabrication workshop, created large scale public artwork, delivered a number of city centre events, and are overseeing the creation of public events and market space within NOMA. joehartley.org

Sam Buckley is chef/proprietor of the Stockport restaurant – Where the Light Gets In. It is here that Sam and the team explore nature and our connection to it through a ‘no choice menu’ often spanning 16 courses. Sam’s food is concerned with bringing the diner closer to the idea that beauty and intimacy are first found in the natural state of the produce itself. Sam studied with renowned chefs Simon Rogan at Enclume and Paul Kitching at Juniper. In between stints in the kitchen time was spent traveling throughout Europe and Asia watching closely how a community engages with their food culture to create strong community links and healthy bodies and minds. wtlgi.co/

Arts Council England are co-investing £1.4 million in international collaboration and exchange with Arts Council Korea; Castlefield Gallery and Grizedale Arts are delighted to be among the 21 performing and visual arts projects in England and South Korea to receive awards from the fund.  The Arts Council England–Arts Council Korea co-investment sits alongside and complements the UK/Korea 2017–18 season, jointly organised by the British Council and the Ministry of Culture, Sports and Tourism of Korea.

BALTIC are leading a consortium of English organisations including Castlefield Gallery, FACT, Grizedale Arts, New Art Exchange, Site Gallery, Spike Island and Wysing Arts Centre that are working with Korean partners and artists to develop an Artists’ Residency Exchange Programme for emerging artists based in the UK and Korea.

Commenting on the fund, Secretary of State for Culture Karen Bradley said:

“This international partnership is a fantastic example of how we can use our world-leading arts and culture to showcase a more global Britain.

“I was delighted to see some of the exciting UK-Korea cultural season programme first hand and this collaboration will strengthen these creative links even further.”

“These awards enable artists, curators and producers in both countries to develop their creative potential and build new international networks. As well as creating a legacy of continuing creative collaboration, exchange and export between England and Korea, this programme will support the presentation of exceptional artistic work in both countries.”