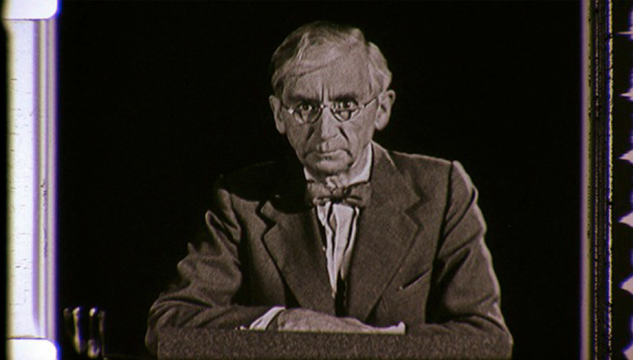 TO HELL WITH CULTURE film Screening + Q&A in MCR

Filmonik and Castlefield Gallery New Art Spaces present a special screening of To Hell with Culture (2014), a film about Herbert Read, art and anarchism. Followed by a Q&A chaired by the director of Castlefield Gallery, Kwong Lee, with filmmaker Huw Wahl and art historian Danielle Child. The film premiered at the ICA on April the 2nd and is now being screened around the UK.

FILM SYNOPSIS
Co-founder of the ICA, Herbert Read (1893-1968) was an influential art critic, poet and anarchist. In his 1943 essay, To Hell with Culture, Read laid out his ideas for a civilisation based on cooperation in which culture would no longer be a commodity, separated from society, but an integral part of everyday life. In this film Huw Wahl engages in conversations with artists, poets, curators, historians and Herbert Read’s own children, to ask how we can apply Read’s ideas and approaches to the commodification of culture in our contemporary society. Including unseen archival material of Herbert Read, his poetry and the North Yorkshire landscape where he was born, this is an immersive portrayal of Read’s life and work.
The film premiered at the ICA on April the 2nd, and is currently being screened around the UK

“One of the most sensitive and intelligent evocations of an important individual that I have seen in a long time.” Professor Anne Douglas, Gray’s School of Art.

BIOGRAPHIES
Huw Wahl is a filmmaker and photographer based in Manchester with a studio in Federation House. In 2011 he received a postgraduate bursary from the Royal Photographic Society to complete an audio/visual project in Israel and Palestine. To Hell with Culture is funded through an Arts Council grant for artist’s moving image. www.hctwahl.com

Filmonik is a Manchester-based filmmakers community – part of the worldwide Kino collective and host to a mix of film and video art events. “Filmonik HQ” is part of Castlefield New Art Spaces at Federation House. www.filmonik.com