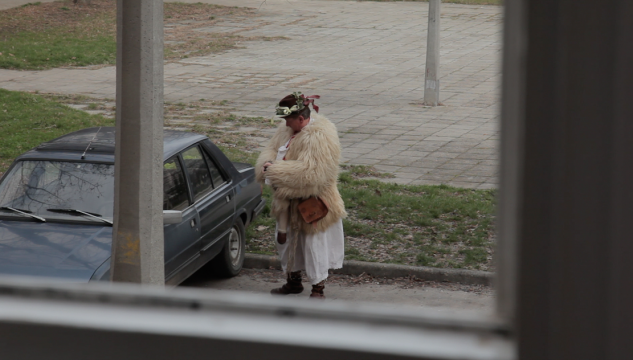 Film Screening: FROM ANOTHER PLACE

Following the March 2018 a-n/Castlefield Gallery Artists’ International Delegation to Budapest, artist and delegate Jamie Allan has curated From Another Place, a screening of short documentary works made by ‘outsiders’ living in Hungary.

Against the fear and demonisation of migrants that has dominated the country’s political narrative in recent years, these films offer another vision of Hungary. A diversity of voices talking of small interactions and everyday encounters, of intercultural dialogues and the problems of language. Together they touch on what it means to be foreign, and the specificities of the outsider’s perspective.

These works have all been produced by filmmakers from the DocNomads MA program, an itinerant film school based in Portugal, Belgium and Hungary.

Jamie’s participation in the delegation has also fed into the development of the CineCaravan film tour which will take some of these films to rural locations in Hungary, Romania and the UK.

Jamie will be talking about his experiences on DocNomads and the delegation at Góbéfest in Manchester on Saturday 23rd June, along with fellow delegate Lucy Harvey and Castlefield Gallery’s CG Associates Co-ordinator Jane Lawson.