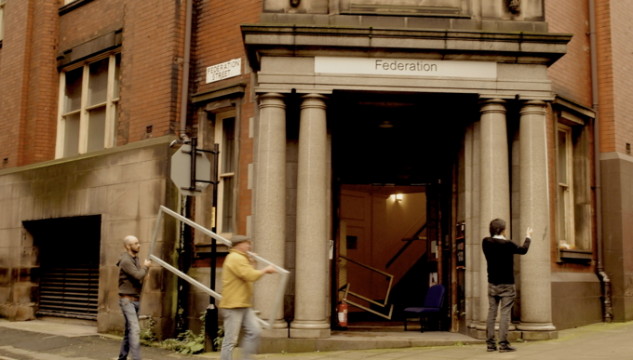 Castlefield Gallery is thrilled to opening the doors to its first City Centre New Art Space and the public will get to have their first look inside on Friday 8 November for the launch of Projects: Manchester by Mark Devereux Projects, just one of the organisations that is taking up residency in the massive eight storey former Co-Op building.

New Art Spaces are pop-up creative spaces for emerging talent in the North West.  As a visual art venue and artist development agency, CG has been actively involved with brokering ‘pop-up’ project and gallery spaces for artists, piloted with Urban Splash in Manchester City Centre, including a large scale art exhibition at Will Alsop’s Chips building in 2009 to coincide with Manchester International Festival. Since then, CG has been aware of many more emerging artists, artist and performance groups, musicians and creative practitioners who can also benefit from short-term use of spaces to develop their art, rehearse and test out new work with audiences.  The gallery has now formalised this activity and this latest space in the city centre adds to its growing portfolio of spaces that CG has been developing over the past 12 months.

Ahead of Fridays launch Mark Devereux spoke to Jack Hutchinson from a-n about the launch of his new space within Castlefield Gallery’s new Art Space. a-n.co.uk/news

For more information about new art spaces  and information on how you may be able to benefit from them visit castlefieldgallery.co.uk/newartspaces