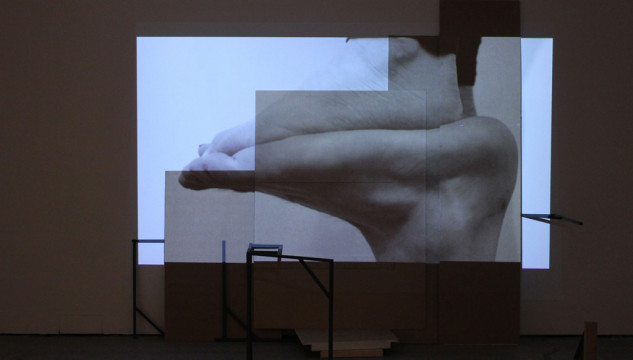 Castlefield Gallery is thrilled that Build-Up by artist Emily Speed has been purchased for The Arts Council Collection.

With support from Arts Council England and in association with the Manchester Modernist Society’s creative residency at the Toastrack, Build-Up was commissioned by Castlefield Gallery for its annual head to head exhibition by Hayley Newman & Emily Speed from 1 March – 7 April 2013.

The Arts Council Collection is the largest national loan collection of modern and contemporary British art. With over 7,500 works it can be seen in exhibitions and public displays across the UK and abroad.

Build-Up was developed with acrobalancers at Castlefield Gallery and filmed in Manchester’s iconic Toast Rack building. Working with the acrobalancers’ bodies as material, the work features a series of exercises in construction, mimicking architectural details, where the body becomes an element in a cyclical repetition of movement developing a rhythm of building and collapsing. The work continues to explore a previous work Human Castle, 2012 derived from Castell – a Catalonian tradition of building human towers dating from the eighteenth-century, which was originally developed for the Edinburgh Art Festival. The work was also inspired by Forrest Wilson’s drawings in the book What It Feels Like To Be a Building, 1969 that explore the forces of architecture. The acrobalancers were asked to make constructions with their bodies that explored balance, tension, strain and the dependence upon the cooperation of several people to make something work.