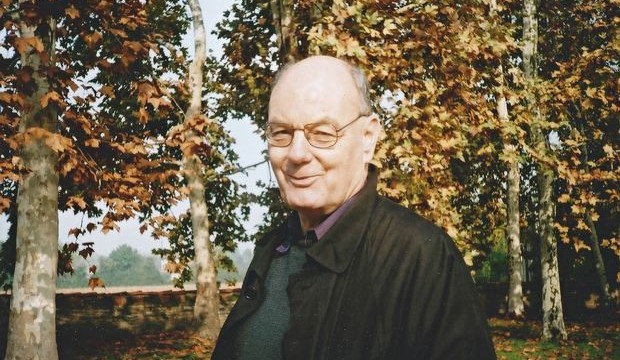 It was with shock and considerable sadness that I read in the Guardian of 17 July of the passing of Andrew Causey on 27 June 2014.
Most of Andrew’s many significant achievements were mentioned in the obituary so I would like to focus on his relationship with the Castlefield Gallery as a board member during its crucial early years of the late 1980s and early 1990s.

His nomination as a board member came from MASA artist and former student of the Fine Art Department of the then Manchester Polytechnic, Linda Weir, who was very much aware of his relevance to writing on the history of modernism. Remembering her nomination of him as a board member, she writes;

“Andrew’s writing was committed, specific and desirous of sharing the emotional affinity with the British landscape and cultural life which informed the poets, writers and artists of that era, blasted by the war. Ineffable perceptions of love and loss reached far beyond realism to an essential reality, one that sat well with the spirit of the times. He wrote of Paul Nash, Stanley Spencer, Peter Lanyon, Ivon Hitchens, and Henry Moore and Andrew Causey existed for me as a modern hero of learning and thereby my road to intellectual freedom. I didn’t know at the time that he was professor of Art History at Manchester University but I felt I knew him very well.”

Andrew’s considerable curatorial, research and writing experience and with that his connections to major contemporary art institutions such as the Henry Moore Foundation along with his profound knowledge of recent and contemporary British art proved to be extremely useful to the development of the gallery and lent immeasurable support to its credibility and its ambition to be of significant in curating cutting-edge shows of current artistic practice.

As a board member, Andrew, although never saying very much during meetings, displayed a very sharp intellect as he grasped and anticipated problems quickly and with his incisive mind offered insightful suggestions to their resolution. Whilst his persona was daunting beneath his somewhat terse manner and the sparseness with what he said, was a genuine warmth and attitude of care towards the artists and others that had put their energies into making the gallery work. Despite his somewhat patrician manner he was never condescending but in fact amusing and entertaining and very generous and supportive with both his time and intellect. And, it was this support, behind the scenes, outside the three-monthly board meetings that both Celia Cross, the then gallery director and I as chair of the board most valued. My memories of his contributions to meetings with the Arts Board and others on how to resolve the frequent funding crises are of a man who was very keen to support the emerging population of artists in Manchester at the time, most significantly embodied in MASA studios but later in Sigma and Rogue studios. As time went on I became used to the almost silent telephone conversations with him where he would listen intently and, which would then come to an abrupt end with a proffered opinion and a sudden ’bye’; a conclusion had been reached, which you could be confident was the right one. Andrew’s legacy has been a significant contribution to the long-term survival and thriving of Castlefield Gallery as it now assumes Arts Council Portfolio status and it is only appropriate that the gallery wishes to remember him as having had a key part in its distinguished history.