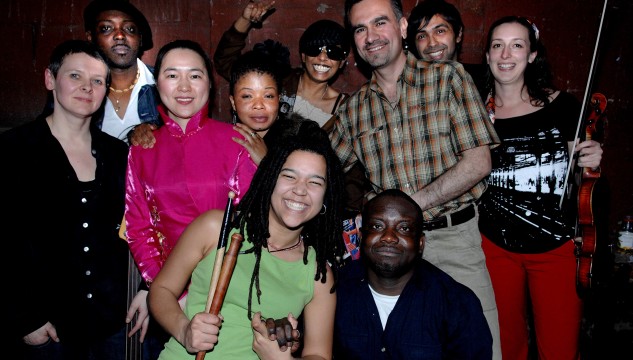 Castlefield Gallery and The Beating Wing Orchestra team up for The Manchester Weekender Festival.  Forty-eight hours of art, culture, music, film, food, literature, walks, politics, poetry, photography, theatre, spectacle and games all wrapped up into a single weekend across Manchester.

The Beating Wing Orchestra, a Manchester based international music collective that includes musicians from refugee and migrant backgrounds will stage a one off performance within Turkish artists’ Osman Bozkurt and Didem Özbek’s ambitious, multi art form exhibition at Castlefield Gallery.

The Manchester Weekender showcases the best of Manchester’s art and culture, its museums, galleries, festivals and events. It shines a light on the hidden nooks and crannies, the real history and fabricated tales of Manchester. It stages a series of one-off, intimate events that sum up the city. It pairs international artists, musicians, writers and more with some of the city’s most beautiful settings. And it does this for one weekend only – forty-eight hours of some of the most unusual cultural experiences you’ll find anywhere in the UK.

FREE EVENT. To book tickets for this event go to our eventbrite.com

The Beating Wing Orchestra is a Manchester based international music collective that includes musicians from refugee and migrant backgrounds.  Countries of origin include England and Wales, Kurdistan and Cameroon, Bangladesh and Brazil. The band was brought together for the first Manchester International Festival in 2007 Festival to perform with composer Reem Kelani, and again in 2009 to collaborate with Amadou and Mariam.  The groups unique refugee membership coupled with their recent collaborations with contemporary international artists make the Beating Wing Orchestra one of the most promising and creatively exciting groups operating in the North West and the UK today.