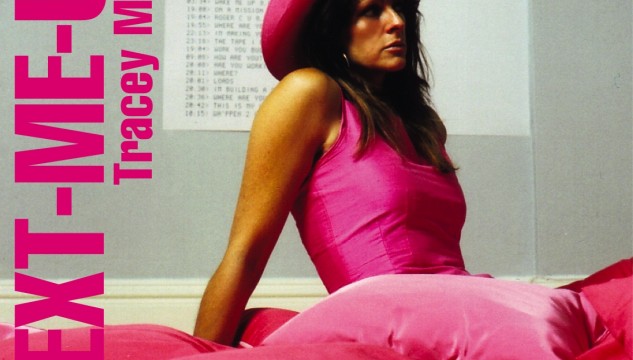 The book will be extensively illustrated featuring many of the artworks that Tracey has produced and exhibited over the last few years in relation to her work with texts.

A memoir of the most original kind, Text Me Up! is interspersed with past and current texts as she recalls a forgotten moment from her life prompting a question or an answer, piecing together the seminal moments of her existence.

Tracey has also invited a number of artists, musicians, friends and acquaintances from whom shes received text messages to contribute to this memoir. Asking them to contribute their thoughts on the moments and circumstances surrounding their text communications.

Traceys story begins in Manchester, directly after Madchester, when she finds herself a single parent following the breakdown of a long term, tumultuous relationship. At the same time Tracey weaves in another narrative of psychogeographical histories and places in Manchester, London, Moscow, New York and Haiti. Her journey moves between popular and unpopular culture, from
underground to mainstream in the worlds of both music and art.

Taking one of the newest, most popular forms on communication and using it as a starting point from which to examine her life, Tracey has crafted a work that straddles art, literature, technology and popular culture.

More on: Tracey Moberly is an interdisciplinary artist, writer and was co-owner of Shoreditchs legendary hangout, The Foundry. She lectured in Art at Manchester Metropolitan University before moving to London and where she is now a visiting lecturer in activism and politics. She has staged several exhibitions of her work in texts and hosts the weekly arts radio programme The Late Late Breakfast Show. Tracey has travelled extensively with her art, working in remote areas of Eastern Siberia, Colombia, Venezuela and Mexico. Shortly before the earthquake she took part in Haitis Ghetto Biennale with the Grand Rue sculptors of Port-au-Prince. Tracey lives in London.