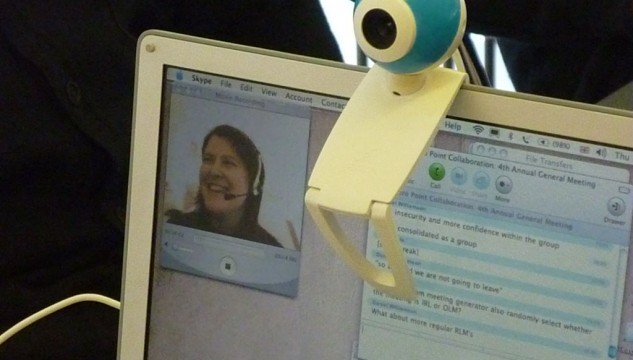 To date, Zero Point can be viewed as a collaborative project with no exteriority and therefore an unusual model for art practice. For the past three summers, Zero Point has held a closed Annual General Meeting and anniversary celebrations. This year however, the AGM will take place over two days at Castlefield Gallery in full view of the observing public. Taking place within public gallery space, the meetings will be minuted by invited volunteers, whose transcriptions will be posted to Skype and webcast live. The project responds to a perceived lack of ʻfreeʼ available meeting space in city centre locations. In the past, Zero Point have met in cafes, bars and parks.

On Friday 1 October, Zero Point Collaboration invite artists to book the meeting facility – please book by emailing zeropointcollaboration@gmail.com The public can come and go as they wish during normal gallery opening hours.

More on: Zero Point Collaboration comprises artists from Nottingham, Birmingham, Glasgow and Manchester. The current members are Ana Benlloch, Ellie Harrison, Matt Lewis, Niki Russell, Stuart Tait and Dan Williamson. Formed in 2006, founding members from across the UK agreed to explore how a collaboration could be negotiated when both the group and the project started at ‘zero’. From an experiment in collaboration, Zero Point has developed into an investigation into the ʻart of the meetingʼ. It has no objectives, no outcomes and little material form. It instead manifests in the discussions which take place between its members on an online forum, Skype or via email, through intermittent get-togethers and detritus resulting from these meetings.