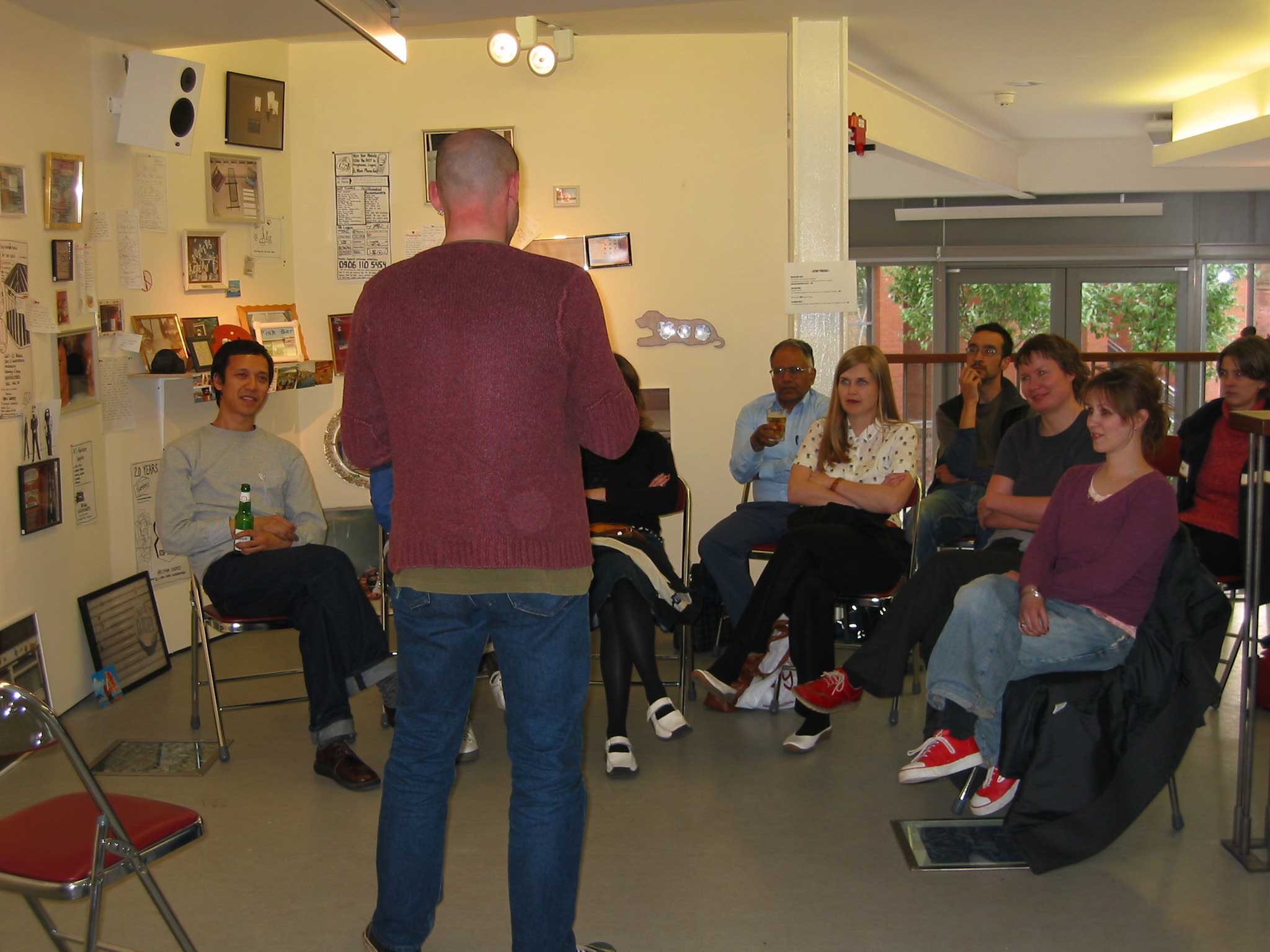 Storytelling with Kevin Boniface; ‘Where Are You? – A Postman’s Diary’
To coincide with their exhibition at Castlefield Gallery, Manchester, 11th April – 18th May. Kevin will be relating his adventures as a Huddersfield Postman and signing copies of their limited edition book. Written by Kevin Boniface and photographed by Joanna Cotterill, “Where Are You?” was recently shortlisted ‘Bookworks New Artists & Writers Award’.

“It happens to be Huddersfield, but Royal Mail Operational Grade Delivery and Dispatch Officer (aka postman) Kevin Boniface has more than northern parochialism in his sights. While his acerbic wit finds ample fuel in this Yorkshire town, Boniface stresses that his targets are universal. Eccentricity, pettiness and predjudice are found everywhere, but it takes a special talent to expose them so deliciously in all their glorious absurdity.

Manchester tart to Boniface’s Yorkshire pudding is photographer Jo Cotterill, whose succint images complement and edify. Here, a solitary pie has room to contemplate the meaning of its existence as it languishes unbought on its shelf. There, two bewigged dummy heads stare suspiciously at the viewer – ‘You don’t come from round here!’ Not a question but a statement.

So, Where Are You?
You are here.”
Eric Swanepoel – satisfied reader
Launch of ‘In-House’ Magazine
In-House is an open-ended, eclectic, creative anthology containing original artwork, writing, work-in-progress and ideas. The contributors come from a variety of backgrounds; musicians, film-makers, reviewers, poets, painters, photographers and cartoonists, all having in common their current employment as members of the casual staff at Cornerhouse arts centre, Manchester. The first issue appeared in Summer 2002, followed by the current issue in Spring 2003, both issues being limited editions of 50.

The aim of the anthology is to provide a creative outlet for the artists and writers employed casually – but not creatively – at Cornerhouse, utilising the often overlooked creative resource of this wide-ranging group of people.

Publication Details
“Where are You?” by Kevin Boniface and Joanna Cotterill
Price: £16
Available: Castlefield Gallery and Magma Bookshops, London and Manchester

“You are Here” by Kevin Boniface and Joanna Cotterill
Price: £6
Available: Exclusive limited edition of 30 only available at Castlefield Gallery