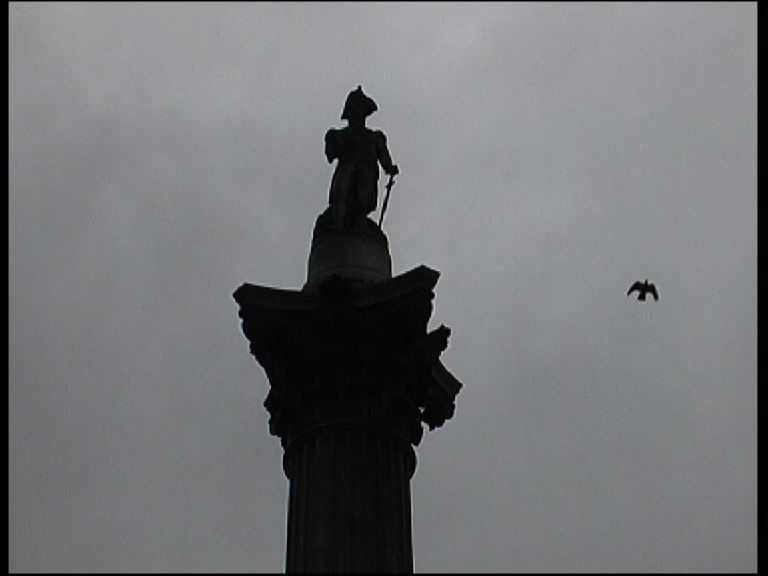 PureScreen 8: ‘Tonight We Are Golden’

S1 / salon is a season of six artist short film and video programmes hosted in the temporary project space at S1 Artspace, Sheffield. From November 2003 to February 2004 the salons screened over fifty artist shorts, providing a platform for screening recent work by emerging artists as well as material from archives and other sources. The salons were programmed around material selected from an open call with the intention of reflecting what appeared current from the submission, without prescribing themes or categories. The artists’ work was presented in its original format, 16mm, Beta SP, Super 8,VHS or DVD and the programmes featured films dating back to the mid-seventies from the UK, France, Austria, Finland, Turkey, Russia, Bulgaria, Canada and the US. This ninety minute DVD programme brings together recent work from the UK and overseas.

Elena Näsänen (Helsinki) Drive 2003 9’15”.
A road movie following a lone woman’s cyclical journey in a snowy landscape. The sound of absent car chases, police sirens and violent collisions gradually drown out noise from the engine as the driver picks up speed on icy roads.

Gil Pasternak (London) Untitled 2003 34”
A thirty-four second film composed of one hundred and thirty-four digital still photographs of the night sky. Pasternak took the images from the window of his flat during several hours of observation. Each photograph has been exposed for sixty personally-counted seconds so that star and aircraft trails have written themselves into the image.

Sara Fletcher and Edward Adam (Cardiff) A Phantom Treat Exposed 2003 3’ 43”
Filmed on Super-8, hand processed and then transferred to DVD, A Phantom Treat Exposed is a striptease in reverse order. Clothes appear to fly onto the body of a masked lady so that we watch her vanish limb by limb as she melts into the background. In the final frames a dustsheet swoops down to shroud her completely.

Lapinu (Bronchiniole Wood) The Marcel Duchamp’s Rock 2003 6’
Lapinu is a small rabbit, a direct descendant of popular art rabbits. A prolific rodent, producing videos and drawings as well as music. In this film the six-foot white rabbit combines dungarees and dancing with art-historical burlesque and psychedelic graphics.

Benny Nemerofsky Ramsay (Toronto) I Am a Boyband 2002 6’
A cloned boyband co-opt an Elizabethan madrigal about heartbreak and lost love to a pop-synth backbeat. Nemerofsky plays all four members of the group, honeyed singing and well-oiled dance steps parody sameness in contemporary culture and mass produced articulations of masculinity, love and relationships

Mika Tajima (New York) Solo Project 2001 2’ 45”
Taking the idea of a band or an orchestra Tajima has formed a group, playing as all the necessary band members herself. She creates a visual and aural pattern, and although the piece obliterates itself, the chaos presents the pattern and a strange order.

The Cartwright Brothers (London & Manchester) The Heap 2003 3’
A digital fantasy where pixel creatures wander the forest and gravitate inexorably towards the rhythmic splendour that is the quivering heap of primal matter. Creatures are drawn to and transfixed by the elemental fountain as it achieves a state of wild transfiguration. A wonder of fecundity, a myth: the spitting geyser taps deep into its mucilaginous reservoir, its ceaseless convulsions describing a natural cycle of life, death and compostation.

McCormack & Gent (Sheffield & London) Rampy 2000 4’30”
Rampy features a miniature mobile ramp and its encounters in the East End of London. Like all of us the ramp is shaped by its wish to measure up, to find a place where it can fit in. The soundtrack is herb soup, written and released by My Little Problem.

Graeme Stonehouse (Sheffield) The Nelson Riddle 2002 10’
Filmed during Mike Nelson’s exhibition, Nothing is True Everything is Permitted at the ICA in London. Stonehouse investigates the mysterious appearance and subsequent disappearance of the “Nelson’s Ices” van parked at the back entrance to Mike Nelson’s installation.

Francis Gomila (Newcastle) Night Out 2002 11’35”
A high-rise view of a drunken conflict between a man and a woman on the streets of Newcastle. Police come and go, the group is dispersed and the camera follows as the man wanders. Filmed in one take, Gomila’s only intervention with the narrative is a melancholic soundtrack.