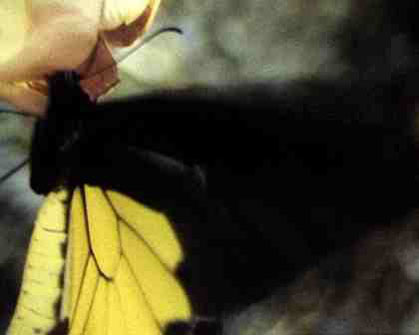 PureScreen is Castlefield Gallery’s regular screening event for artist film and video. Since its inception, in March 2003, the programme has provided a platform for outstanding recent work and supported new and established practitioners and curators. It operates an annual, international open call for submissions for new works, and also produces PureScreen: Film & Video Artists Information Pack, compiling international resources with the intention of assisting artists and curators whose practice involves the production and exhibition of moving image work.

PureScreen is supported by Arts Council England, and from each new season of screenings a DVD compilation is produced, which tours internationally, in order to support and promote the practice of the artists PureScreen has worked with.

Tal Amiran / Untitled (Fairground) / 2006 / 3’ 13” / London, UK Two fairground attractions filmed at night. People are sitting on a “Freak Out’ ride as it starts spinning and moving repetitively with its lights glowing in the dark. There is a feeling of total suspension whilst the lack of sound dictates a sense detachment and alienation.

Alan Bogana & Dave Green / Here and Here / 2006 / 5’ 46” / Sheffield, UK In Here and Here the artists take to the streets in an attempt to discover the difference between “here and here”. Despite the fact that over sixty members of the public were interviewed, the results remain inconclusive.

Steven Eastwood / Hearsay / 2006/ 9’ / London, UK Waking from a disturbed sleep, caricatures of the curator and the neurotic artist-filmmaker ponder the current and historic predicament of the moving image. The framing, editing and sound seem to respond to the tug-of-war of words. You may well have heard this conversation before.

Esther Johnson / Tune In / 2006 / 14’ 16” / Sheffield, UK Tune In follows the fascinating world of amateur radio operators, better known as HAMS. Dealing with the politics of space and social communication, this portrait blends documentary and abstract audio to reflect the world of HAM radio and the use of DIY equipment in an ever-changing modern world.

Nick Jordan / Let the User Speak Next / 2006 / 10’ 00” / Manchester, UK A visitor’s encounter with ‘La Tourette’, a Dominican monastery designed by Le Corbusier (the ‘crow-like one’), who designed the Modernist building according to his ‘modular’ system. Through sound and silence, structural form, primary colours, nature and bird song, the film illustrates a curious journey punctuated by moments of suspense and reverie.

Rebecca Lennon / A Kind of Illustration / 2007 / 5’ / Manchester, UK & Berlin, Germany A Kind of Illustration investigates various projections on a particular chain of events; the stories and beliefs surrounding a pattern of gaps between buildings in Berlin, a collapsed building in London and a man who constructed an exact model of an empty space from matchsticks, before destroying it in an attempt to lift the curse.

Elena Näsänen / Night / 2007 / 6’ 57” / Helsinki, Finland A woman exits from a lonesome house into the night. She follows a narrow path, walking into the woods. The darkness surrounds her. She pushes herself through the branches, deeper and deeper into the forest. Night resembles an excerpt from a suspense film, in which dream and reality intervene with each other.

Mika J. Ripatti / Girl From Moscow / 2006 / 6’ 13” / Helsinki, Finland A middle-aged film-maker travels to Moscow with a girl and tries to tell something about falling in love.

Erica Scourti / Statement of the Art / 2007 / 3’ 10” / London, UK Gallery press releases are cut and paste, then translated into three European languages and back into English. The text, oscillating between sense and nonsense, is read by a BBC radio presenter.

Juha van Ingen / Flutter / 2006 / 3’ 31” / Helsinki, Finland Flutter: In electronics, rapid variation of signal parameters, such as amplitude, phase, and frequency. In structures, rapid periodic motion caused by interaction of structural mass, stiffness, and aerodynamic forces. Shot on 8mm film, the beautiful image of tropical butterflies is accompanied by a low-frequency out-of-sync fluttering sound. The relationship between the image and sound creates a sense of intimacy and a hint of suspense.