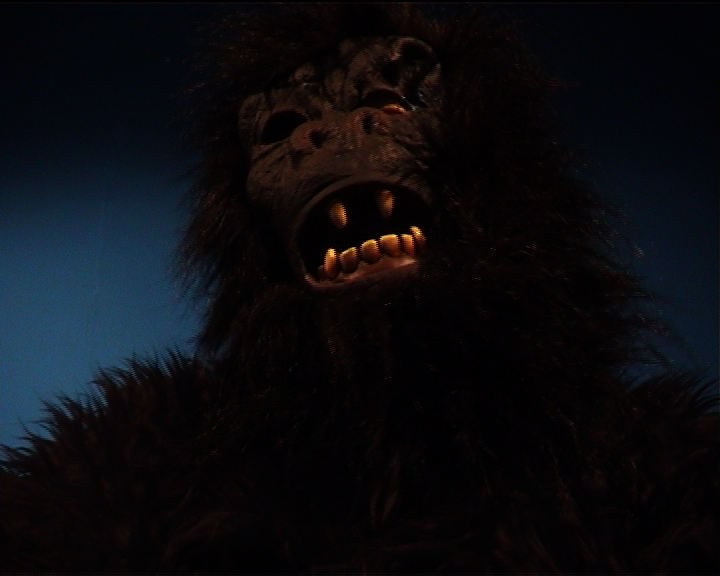 The third curated programme in the 2008 season of PureScreen artist film and video events is PureScreen #21: Follywood.

PureScreen #21 draws together a selection of new international work, from the open submission call, to examine the various ways that artists draw on the history of cinema in contemporary experimental film and video practice.

This curated programme explores ideas around the cinematic, from feature film to art-house to B-movie, and mimics or overturns their traditional filmic conventions. It features experiments with montage, the re-structuring and re-presenting of classic and cult films, and works that embody or directly reference aspects of different genres.

Incorporating the deliberately low-tech alongside high production values, with themes varying from horror and suspense to comedy, and Lolita, ninja, robot and zombie characters all making an appearance, Follywood embodies a sense of playfulness and draws inspiration from films including Alien, An American Werewolf in London, Badlands, Invasion of the Body Snatchers and King Kong. Trailers and credits are also utilised, and the importance of soundtracks highlighted as a means of altering a viewing or scenario, and presenting an alternative fiction.

Inspired by ‘An American Werewolf in London’, ‘Invasion of the Body Snatchers’ and ‘Badlands’, the Cardboard Films are deliberately low-tech to evoke a hastily (re)constructed aesthetic. They are glimpses, half-captured memories and small moments from the films we remember talking about with our friends when growing up.

What can come closer to realising your wildest dream than becoming your idols? Into Cosplay explores the word of animation and comic fanatics. To come close to the characters they identify with, they become the human embodiments of their favourite figures. Dressing themselves up as ninjas, monsters, robot fighters and Lolita’s, and mimicking the visages and postures of their made-up idols for curious passers-by to photograph, members of the outlandish tribe take great pleasure in their doings as the dull reality is turned into the fantasy world of comics. Does such a practice have a name? Yes. They combine ‘costume’ with ‘play’ to invent the new word, ‘cosplay’, a secret code among the new cult’s devotees.

It has been said that rather than providing any kind of informed insight into the future, Science Fiction is a genre that reflects the fears of today. The ‘Alien’ series, then, might be viewed as a reflection of the West’s fear of the unknown non-West. Just as our perceptions are informed by the media fed to us, the terrifying ‘Alien’ creature becomes quite comical when the added hype of sound effects are removed and an alternative soundtrack inserted.

Zone End has an apocalyptic resonance to it, something devastating has occurred but we only have access to its reverberations and the human forces of the state can only deal with the aftermath. Images of a windswept street, rolling cans and plastic bottles career across the urban landscape, adding to a sense of immanence. The discarded mobile phone shows pictures of a helicopter hovering above the event whilst smoke bollows around a cordoned off zone. This short film exudes a darkness and a reference to human fragility.

In Zombie an ordinary supermarket becomes a film set, where the shoppers become unsuspecting actors in a short but climatic horror sequence. Zombie was shot on a mobile phone camera, which gives the film its low-tech style.

A woman exits from a lonesome house into the night. She follows a narrow path, walking into the woods. The darkness surrounds her. She pushes herself through the branches, deeper and deeper into the forest. Night resembles an excerpt from a suspense film, in which dream and reality intervene with each other.

A gorilla wants to be King Kong and fulfils his dream using a homemade version of the blue screen technique and sound effect CD’s. However, he has not reckoned with the compulsory nature of the plot development of a generic story and heads towards the unavoidable outcome of the story.

Experiment on Montage. Based on the ‘Planet of the Apes’ film trailer. Three versions, each 45 seconds in duration.

Snippets of the greatest hits of movie speeches (as chosen by the American Rhetoric website) are collaged together to create a piece of oratory that sends mixed messages about the ‘human condition’ and the leaders – real and fictional – who try to shape it.

PureScreen is Castlefield Gallery’s screening event for artist’s film and video. Curated from open submissions, the programme provides a platform for outstanding recent work and aims to support new and emerging practitioners. For further information or to join the mailing list please email purescreen@castlefieldgallery.co.uk