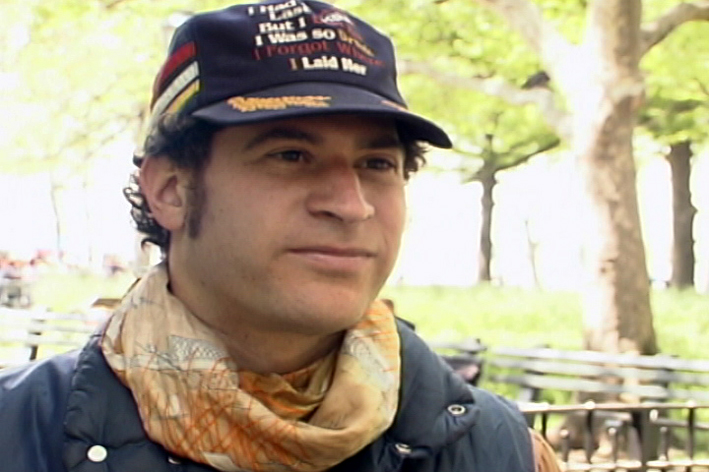 PureScreen is Castlefield Gallery’s regular screening event for artist film and video. Since its inception, in March 2003, the programme has provided a platform for outstanding recent work and supported new and established practitioners and curators. It operates an annual, international open call for submissions for new works, and also produces PureScreen: Film & Video Artists Information Pack, compiling international resources with the intention of assisting artists and curators whose practice involves the production and exhibition of moving image work.

PureScreen is supported by Arts Council England, and from each new season of screenings a DVD compilation is produced, which tours internationally, in order to support and promote the practice of the artists PureScreen has worked with.

2. Dave Griffiths / Manchester, UK Love is a Burning Thing / 2005 / 7’ 40” Fiery bursts lurk between movie reels, signalling unseen mechanics. Projectionists watch and count the governing pulse, anxiously attempting to perform seamless changeovers. This film draws from an ongoing collection of cue-dot episodes that are painstakingly sifted and appropriated from free digital-TV broadcasts. This growing archive of near-redundant objects provides an archaeological means of remembering cinema’s outgoing physicality, and a method of inquiry into narrative and perceptual processes.

3. Alexander Heim / London, UK Untitled (Dog) / 2006 / 4’ 15” Shot in the suburbs of China’s rapidly growing capital, Beijing; a stray street dog wanders around a busy road and for a moment makes it his place to rest, strangely disorientated and unaware of the threat by the cars. His inability to differentiate between manmade and natural environment makes him vulnerable, yet keeps him in charge of the situation in an almost glorious way.

4. Hamish Dunbar & Jack Holden / London, UK Colours / 2005 / 13’ Colours was inspired by a real character based in San Francisco known as the Red Man; an elderly gentleman, whom for no apparent reason always painted his face and hands in red paint and dressed impeccably in red clothes. The Red Man died in December 2002, aged 84. His unique appearance had killed him: the Chinese food colouring and other substances he had used to paint himself had poisoned his blood and damaged his internal organs. The film was created using extracts from the artists’ personal archive of their own film footage, with the inclusion of new scenes featuring a red man.

5. Jim Hollands / London, UK Barenzirkus / 2005 / 7’ 15” A found footage work depicting a Russian Bear Circus from the 1960’s. Purchased from a second-hand shop in Liepzig, the artist re-filmed the Super 8 film on video and added his own sound. It provides a meditation upon the nature of abuse and heartbreak. The work contains images that some people may find upsetting.

6. Esther Johnson / Hull, UK Lenox / 2006 / 10’ 15” Lenox is a look at the past and present of one of Buffalo’s oldest hotels and the many stories contained within its weathered walls. A journey through a hotel’s faded 1920’s Art Deco interior, versus shabby retro Americana.

7. Lisa Keiko Kirton / Aberdeen, UK Humming / 2005 / 5’ 30” A woman returns home after a night out, and we see her removing her adornments, slowly stripping away the facets of conventional beauty and becoming adopting her true state, whilst humming a tune.

8. Rob Kennedy / Glasgow, UK Eden / 2004 / 1’ 49” A fragmented city of extraordinary light penetrates a brief staccato bombardment of words. Snatched glimpses of private worlds, drenched in the sulphur flood of city night, fight with these words, to tell a tale of waiting and desire. A story of maladjusted scale, set amidst the auditory fizz and crackle of electronic construction.

9. Jeremy Newman / Ohio, USA Derf / 2004 / 3’ 58” Derf is a documentary video short about an alternative cartoonist from Cleveland, Ohio. From his teenage years with Jeffrey Dahmer, to garbage truck epiphany, it traces his path to underground celebrity. The story is told through his drawings and commentary.

10. Alex Pearl / Melton, UK Automatic Film 1 (In Another Place) / 2005 / 4’ 30” Automatic Film 1 was made using a range of automatic camera operators and actors, which were let loose in a disused church.

12. Josh Weinstein / New York, USA Cross Examination / 2005 / 5’ 40” Cross Examination takes the man on the street interview into the realm of a sociological experiment in which the artist spontaneously asks strangers on the streets of New York about himself based on their immediate perceptions of him. The humorous and candid responses belie the complexity of the experiment.

13. Marilyn Whittle / Hertfordshire, UK Nowhere Man / 2006 / 1’ 40” A digitally re-worked 16mm vintage, found-footage film, which shows the protagonist searching into archaic virtual reality goggles. As the film progresses it becomes apparent that his sense of self is lost, which culminates in his implosion.