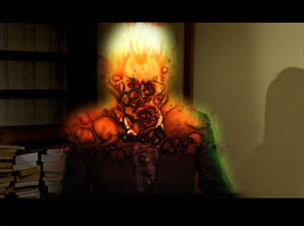 PURESCREEN #18 The Actually Trilogy: Of Camera, The Film, The Film We Didn’t Make

Of Camera (2003) explores the abortive attempts of two people to be together in the same space. Their disagreement is fuelled by technical difference: the woman exists on videotape and the man on celluloid. The story corrupts as the two realise they are incompatible and that they are being filmed and watched.

The Film (2004) is neither a documentary nor fictional, but rather an open-ended collaboration between a filmmaker and members of a small seaside town. Described as “Last Of The Summer Wine meets Chris Marker”, this is a drift film, whose subject matter is only the pastime of making a film and wandering the land.

In The Film We Didn’t Make (2006), a woman is delivered by car to a remote coastal location. She is reluctant to be in this place and to be a character in a film. Is she the same woman from Of Camera, Sharon Smith who played her, or someone else? She encounters two players from the actual, Roy White and Arrun Denman from The Film. The three mix like oil and water. Events settle on a hillside at sunset in what appears to be the place of a natural exchange.

The Actually Trilogy throws up many questions about narrative, the stability of a constructed film character, and the impact of the moving images on how we think and behave. The films leave the viewer in an inventive state of perplexity as to what is actual and what is fictional. Each film has as its subject the experience of being the subject of a film.

PureScreen is Castlefield Gallery’s screening event for artist’s film and video. Curated from open submissions, the programme provides a platform for outstanding recent work and aims to support new and emerging practitioners.