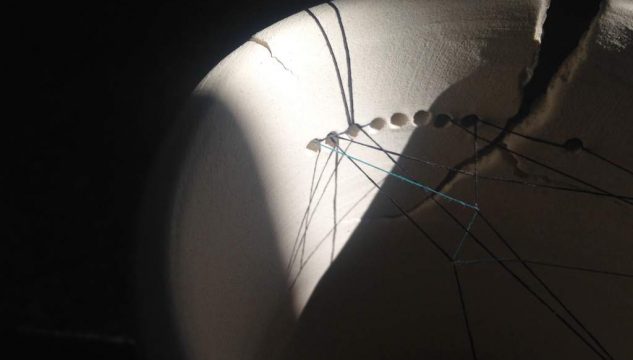 Join us for the first glimpse of our new exhibition SUBI 수비 from 6pm-9pm on Thursday 13 September ahead of the exhibition opening from 14 September – 4 November 2018.

The Korean word SUBI 수비 has a particular meaning in the context of ceramics, relating to the refining of clay; whether purifying the raw material or the processes needed to rehydrate and filter dried clay so that it can be reused.

At Castlefield Gallery, SUBI 수비 brings together a diverse group of experimental artists, product designers and master makers. All are highly skilled as a result of either formal training, self-teaching, or passing down from one generation to another. They place great value on the transfer of skills, knowledge and ideology through objects and making, and see this form of exchange from one generation to another, and from one culture to another, as integral to creating and communicating the world in which we live. The exhibition will feature traditional ceramics alongside works which explore the materiality of clay with ceramic costumes, film, and sound. Visitors to the gallery will also be invited to add their own handmade clay objects to the exhibition.

Castlefield Gallery, Manchester Art Gallery, and Manchester Craft and Design Centre present SUBI 수비, a programme in three parts located across the city of Manchester. The programme features artists, designers and makers from Korea and the UK working with or inspired by clay, its uses and materiality.

The SUBI 수비 programme has been informed by a series of international artist exchange residencies that have connected the artistic communities of Manchester and the North West of England with those of Busan and Gwangju in South Korea. As a result, cross-cultural influences are apparent in many of the exhibited works.The participating artists involved in the SUBI 수비 programme, who have travelled between the UK and Korea, are Sam Buckley (UK), Joe Hartley (UK), Eunji Briller Kim (Korea), Hyun Min Shin (Korea), Gae-Hwa Lim (Korea), and Gyung-Kyun Shin (Korea).

With special thanks to Castlefield Gallery Commissioning Patrons Allan and Jo Melzack.

Additional thanks to Min Hyung Kang, Director and Curator, Barim, PLANT NOMA and the University of Salford.