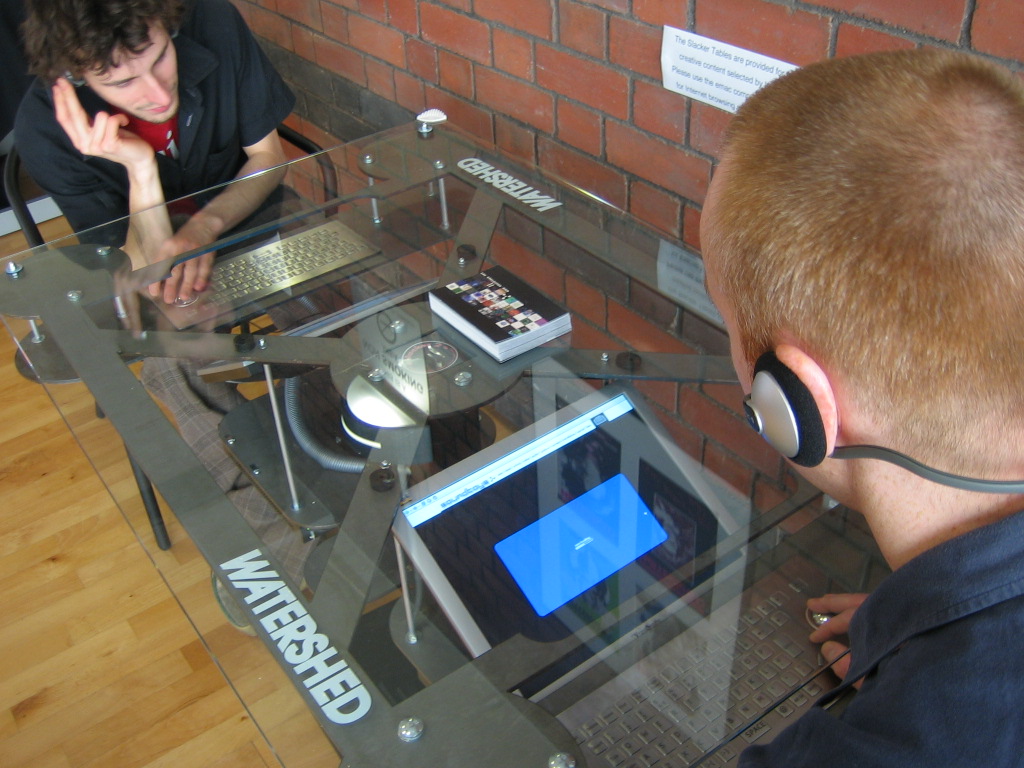 Castlefield Gallery presents a discussion about artist’s film and video and new media practice with Michael Connor, curator at FACT in Liverpool, and artist Simon Poulter.

The discussion will cover the practical and conceptual implications in presenting artist’s film and video, new media and time-based works. Issues to be explored include: the context and sites in which these works are presented – gallery exhibition, site-specific installation, screening events or web-based projects; and the notion of interactivity and the ways in which new media engages with audiences.

MORE ON MICHAEL CONNOR:
Michael Connor began working as Curator at FACT (Foundation for Art & Creative Technology) based in Liverpool, in autumn 2002. He has produced a wide range of exhibitions, events and projects with a special focus on the eternal problem of human and machine. In addition, Connor presents a regular screening series, SEEN, which offers a broad-spectrum view of artists’ film and video from around the world.

Before moving to Liverpool, Michael Connor resided in Austin, Texas, where he worked with Cinematexas Film Festival, wrote for the Austin Chronicle and taught video art and media literacy to excluded youth through the Dougherty Arts Center. Connor has lectured widely on the cultural implications of new media in such places as Riga, Athens, Helsinki, and Builth Wells, Wales.

MORE ON SIMON POULTER:
Simon Poulter works as an artist, facilitator and curator of new media projects. He has exhibited work nationally and internationally working in the interface between live art and new technology. Recent works have included ‘Axis of Evil’ – an investigation of propaganda, ‘Glitch Space’ for Walsall New Art Gallery and ‘The Index of Deprivation’, re-flowing government statistics on poverty.

Simon Poulter is also a founder member of PVA MediaLab and Lead Artist on the LabCulture residency programme.