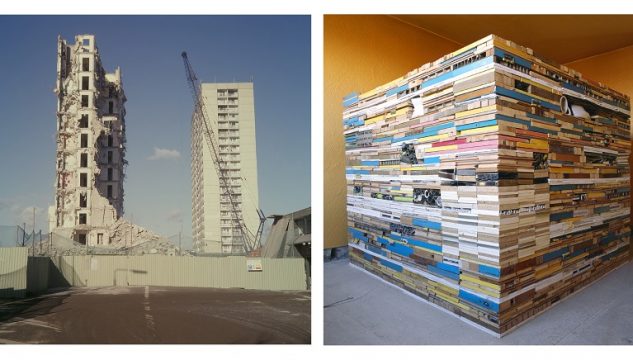 FREE for CG Associates members | or £3

While working for Liverpool Housing Action Trust in the late 1990s he was approached by the artists Neville Gabie and Leo Fitzmaurice who wanted to carry out a series of artist’s residencies in a tower block that was due to be demolished. This became Up In The Air, a now-legendary five-year project in which 29 artists and writers including George Shaw, Will Self, Catherine Bertola, Elizabeth Wright, Julian Stallabrass, Marcus Coates, and Bill Drummond lived and developed work alongside the resident community as they lived through a physical regeneration programme.

Since then Paul has worked on Merseyside’s Housing Market Renewal Programme both with Shelter and with Liverpool Biennial where he continued to explore how artists can work to offer solutions within a regeneration context. Paul was Head of Arts at Lancashire County Council for five years and is currently back working in the housing field as Community Empowerment Manager with Community Gateway Association in Preston.

In other projects he has helped Leo Fitzmaurice identify Heaven in St Helen’s as part of the Big Art project DREAM, and set up long-term residencies for Art For Places in Bootle from 2007 to 2010, resulting in among other things RaumLabor’s inflatable meeting space and kitchen Kuchenmonument and Ben Parry’s floating mint tea room.

Paul has been a Fellow of the RSA since 2006, and is a Board Member of both Homebaked Community Land Trust working in Anfield, Liverpool, and Squash Nutrition, a creative social enterprise in Toxteth, Liverpool.

Book a ticket at Eventbrite.

Image: Neville Gabie, Further Up in the Air