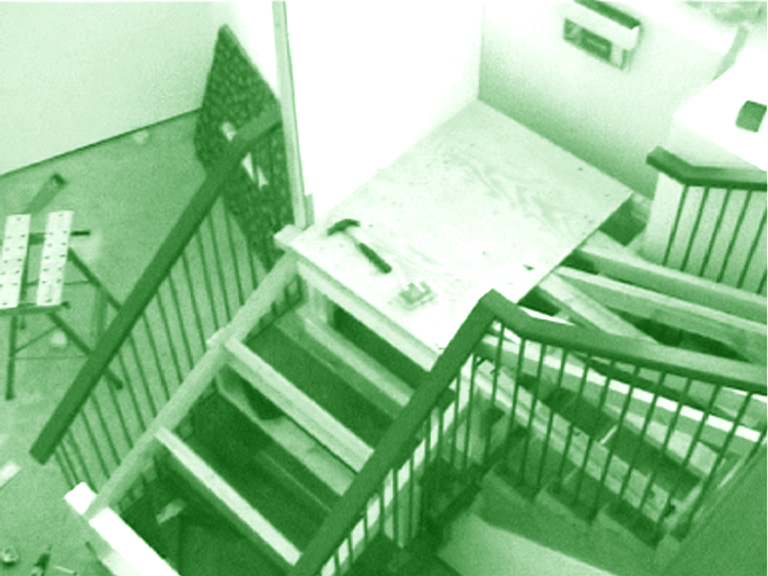 More on Steven Ball:
Steven Ball is a time-based media artist. In
the late 1980s he accidentally migrated to
Australia where he continued his practice
and engaged in various arts activist,
curatorial, teaching and writing activities.
Since returning to the UK in 2000 he
has worked with digital video, producing
work that is particularly concerned with
digital material processes and spatial
representation. He is Research Fellow at
the British Artists’ Film and Video Study
Collection, Central Saint Martins College
of Art and Design in London.

More on Maggie Hills:
Maggie Hills studied Fine Art at the
University of Edinburgh (1987-1992) and
Drawing and Painting at Edinburgh
College of Art (1992-1994). She has been
the recipient of a number of awards
including (currently) Acme’s Fire Station
residency award in East London(2005-10),
artist-in-residence at Durham Cathedral
(2004) and CORE Fellow at the Museum
of Fine Arts in Houston (1996-9).
Alongside her studio practice she also
works as a researcher and content
developer for Tate Media.