Knowledge exchange for the fungally inclined

This gathering brings together artists, mycologists, activists, growers, and others interested in fungi for an exchange of practical knowledge and connective ideas. It is especially aimed at those who might be interested in starting a UK node of the ‘Radical Mycology’ network.

Radical Mycology radicalmycology.com/ is a grassroots movement and social philosophy based on teaching the importance of working with mushrooms and other fungi for personal, societal, and ecological resilience. It differs from classical mycology in that, rather than focusing on taxonomy, identification, study and mycophagy (eating mushrooms), Radical Mycology works to build relationships between humans and fungi for the benefit of larger communities and the wider world.

A classic example of a resilient system in nature are the mycorrhizal (fungus-root) mutual aid associations. 95% of plants form with subsoil fungi, in which the plants exchange starches for water, minerals and other benefits such as deterring predators, breaking down rock into soil and filtering out heavy metals. The fossil record indicates that mycorrhizal fungi were key to the transition of plants from water to land 400 million years ago. In nature, it is survival of the most co-operative as much as it survival of the fittest (and don’t let Jordan Peterson tell you otherwise). Studying the interdependence of plants and fungi provides a useful counter to the neoliberal paradigm which claims that it is “natural” for individuals to act as rational agents motivated only by self-interest.

Cost: £9.60 incl fees and VAT; includes an oyster mushroom growbag for each participant. We will be using a low-sporing variety of oyster mushroom, as used by Kew Gardens in their Grow Wild kits. Pre-booking essential at Eventbrite

– Exhibition tour of The Ground Beneath Your Feet and introduction to Jane Lawson’s mycorrhizal artwork and research.

– Talk by James Scrivens of Mycogeneration about his work with mushrooms and about Radical Mycology.

– Imagining what a UK Radical Mycology network might look like and planning the next steps to bring it into being.

– Participants will leave with a growbag full of straw inoculated with oyster mushroom spawn and, we hope, new knowledge, ideas and excitement.

NB Attendees to the session will be required to sign a Release and Waiver of Liabilty Form.

A second Mycorrhizal Gathering: Primordia, will take place on Saturday 16 February 2019 at the Bluecoat, Liverpool, as part of Jade Montserrat’s exhibition Instituting Care.

For lunch, please bring something to share. If this isn’t practical, there is a very reasonably-priced cafe on site at the Garden Centre.

Jane Lawson is an artist based in Manchester. Her work is informed and influenced by her previous experiences as a researcher into corporate ethics at Ethical Consumer magazine (http://www.ethicalconsumer.org ) in Manchester, co-founder of radical art/design collective UHC (http://uhc.org.uk ), and helping to organise the first three UK Climate Camps .

She makes diagrams to help her understand the economic, historical, geographic and biological processes and structures that shape human society and our impact on the world, such as the global financial system, the Earth’s climatic history, the road to Brexit and the effects of technology on democracy. She also attempts to embody alternatives to the dominant cultural narrative which claims that the present economic system, although flawed, is our only realistic option. janelawson.co.uk

James Scrivens is the founder of Mycogeneration and lead mushroom grower at Coed Talylan, an integrated mycoforestry project in the Brecon Beacons. James is currently focusing on establishing the core production of gourmet and medicinal mushrooms using outdoor log and woodchip bed cultivation techniques set within the 70 acre woodland. Coed Talylan aims to become a showcase for the variety of techniques for growing mushrooms as well as Myco-Restoration methods of applied mycology in landscape management. The Mycogeneration website is intended to promote small to medium scale mushroom cultivation as well as supporting the emergence of a UK network of mycophiles inspired by the work of the Radical Mycology network in North America. mycogeneration.co.uk/

The gathering will be facilitated by Jed Picksley. Jed is an experienced facilitator who specialises in helping people to set up and run housing co-ops, worker’s co-ops and co-operatively run land projects. Over her fifteen years working in sustainability, activism, community arts, low impact living and forming and running workers’ and housing co-operatives she has found that the hardest thing to come by is most usually harmonious co-working, and so she now sometimes works in mediation and conflict resolution. More often she works to improve process, policy and communication in voluntary and non-hierarchical groups. 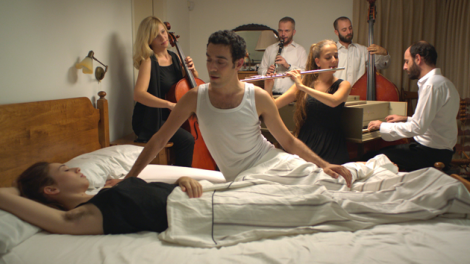 EXHIBITION PREVIEW: The Ground Beneath Your Feet 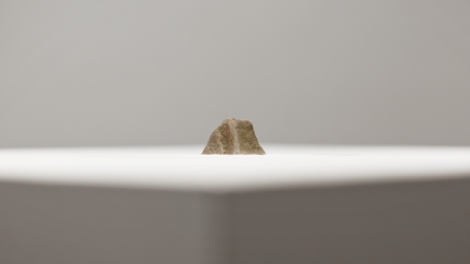 The Ground Beneath Your Feet