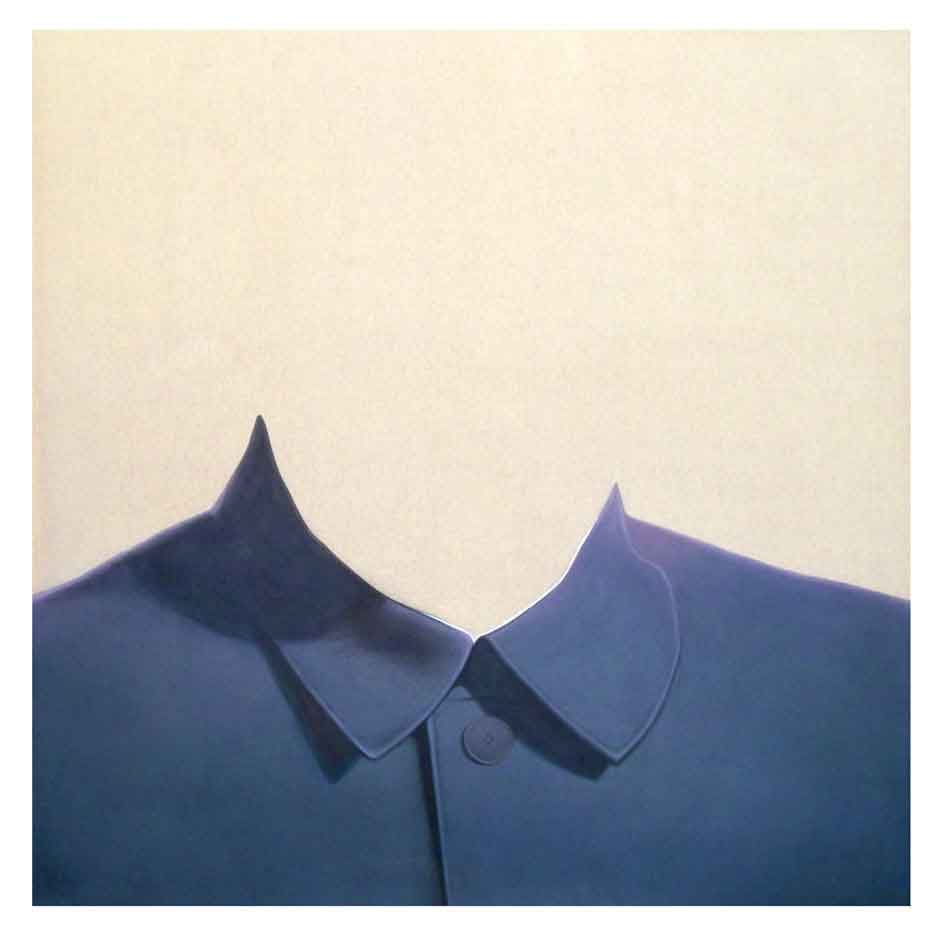 ‘Look To This Day’

“Look To This Day” is an exhibition curated by Castlefield Gallery from The Comme Ca Art Prize North 2003 nominees.

The exhibition explores historical referencing within an art and social history context, much of the work pointing to defining moments in art practice and social, political and environmental change.

David Alker’s bold vinyl text piece states “Many are the paths across the mountains that were trodden by the mighty kings of old.” He alludes to myths and legends, the tradition of storytelling and fables passed from generation to generation, as he creates his own history and fictitious mythology. Jai Redman’s politically driven work also explores the idea of falsified histories – a Bible appears to have no record of Palestine and his paintings create a new iconography, revering and elevating the status of Mao’s shirt rather than Mao himself.

Collaborative duo Dutton & Peacock exhibit ‘ArtStar’, a video work in which a lone woman appears as a news seller at key locations in Sheffield city centre. She holds a copy of the Sheffield Star newspaper in her hand but as she waves it in the air, as if to try to sell it to passers-by, the familiar shout of ‘Star’ is reversed so we hear her omit a faint cry of ‘art’. Through repetition, the cry which is initially perplexing, becomes a plaintive chant.

Alongside the news seller other familiar city centre sights are hoardings, scaffolding and hazard-warning tape surrounding buildings in progress. Paul Moss’s early use of hazard tape to define the physical boundaries of his works has recently shifted to the tape becoming the primary medium within the work. “Danger Town”, a sculpture of a town made entirely from different types of hazard tape forms part of a body of work exploring Moss’s interest in the collision between abstract painting and an urban aesthetic.

Moving from the city centre to the suburbs David Gledhill paints the areas one grows up in – semi-detached’s, driveways, garage doors and a nearby small local factory all make an appearance. The neatly trimmed hedges and well-tended gardens could give the impression of the 1950’s Americanised and sanitised suburban dream yet Gledhill’s compositions and limited colour schemes portray a mundane and monotonous view of suburbia. There is an emptiness to the images; the houses appear uninhabited as though the dream has gone wrong, yet through the melancholy there is a sense of nostalgia and the act of recognition in viewing the familiar.

Rupert Clamp creates a new site-specific work for the exhibition exploring space and location. Utilising the existing Gallery space the artist sites free standing small-scale replicas of buildings and landscape features through out the building. These scale models are produced using the same methods as the British Wartime planning office used in the 1930’s and 1940’s, when artists were employed to create models of areas of planned activity. Clamp employs this technique to create fictional geographies of the building’s landscape, positioning the models in response to existing features of the gallery, from window frames to cracks in the floor.

In the representation of battles, particularly ones that are presented as a clash of cultures, there is a convention of depicting discarded objects. Often these are the debris of warfare, but they can also be the objects of non-war. Clare Charnley reproduces such objects in her “Untitled War Series”. Although the objects are formed into a group, the idea of coherence is challenged and confused by the range of artistic styles and understanding and the variety of cultures that the objects refer to.

Ritual and disruption are also key to Siân Bowen’s drawings of objects which reflect her interest in the potential of damage in relation to the creative impulse – the paper support being subjected to burning, cutting, folding, stiffening, staining. Bowen is concerned with the reinvention of the usual methods of drawing and their rationale, much of her work being informed by the play between concealment and display. Time in terms of a state of flux – what was, what might have been, what might be – is important.

These ideas are further explored in the work of Brass Art. For their work titled “All That is Dead Quivers” the artists inhabit a museum storeroom environment, capturing their fleeting presence as they move through the permanent collection in a series of three large-scale photographs. The work explores the revealing and representing of lost histories, the detritus of past lives.

Finally, Richard Forster, presents 3 new works from his “Optimism and Future” series. They are wall-based works that can exist either as a three dimensional object, surface or sculpture. Forster has produced these objects with reference to his experience of the work of the Italian Futurists Umberto Boccioni and Gino Severini and the work references Futurist concerns, exploring the use of industrial materials such as steel and rubber as part of Forster’s ongoing interest in process, material and manufacture. The “Optimism and Future” work summarises the thematic concerns of this exhibition, demonstrating how past ideals can be used to create our future; Look To This Day.

The Comme Ca Art Prize North 2003 is a new annual award of £10,000 for contemporary visual art in the North of England, which aims to bring art, artists and galleries in the region to a wider audience. From over 300 entries a shortlist of 5 – Matthew Houlding, The Little Artists, David Mackintosh, Paul Rooney and Richard Talbot – will compete for the prize at The Comme Ca Art Gallery, the winner to be selected and announced on Wednesday 8th October. For further information visit: www.commecaart.co.uk