For Posterity brings together six artists whose practice engages with chance, failure and the functions of objects. Working across sculpture, installation, film and performance they present the transformative ways in which artists invent and reinterpret history, place and language.

The exhibition title is drawn from Harvey’s research into traditional crafts and Burnley-based filmmaker, Sam Hanna’s documentaries (1940-80) which, in his own words, depict “old English crafts captured for posterity”. Through collection, making and repair Harvey constructs fictitious artefacts and installations in response to our relationship with objects and our desire for legacy and authenticity.

For Harvey this Launch Pad exhibition is also an opportunity to expand her practice into curating and to interrogate her work alongside a group of artists who share a common fascination with process, yet produce very different outcomes. The exhibition presents a locus for visitors to consider specific local histories alongside current international interest in issues of authorship and the place of making in contemporary visual art.

During the exhibition opening times Harvey will periodically be in the gallery producing work, when she is not present her tools, ephemera and unfinished works will be left out for visitors to see. At times teetering on the point at which control is lost or given away in the making of new work, the exhibition explores how the legacy of human interaction is recorded in our manipulation of materials and how this is subverted, or preserved, in our absence.

During the public preview on Thu 12th Feb 6-8pm there will be a live performance by Rosanne Robertson, and on Sat 21st Feb 2-4pm there will be a screening of Sam Hanna’s films selected from the North West Film Archive, followed by a discussion with the exhibiting artists and Lucy Harvey.

Lucy Harvey is a Manchester based visual artist whose practice responds to our relationship with objects. Her small scale sculptures and site specific installations explore our desire for legacy and authenticity through making, repair and collection. She mimics and subverts the processes and functions of existing objects, places and archives to create artefacts for real and fictitious narratives.

Her interest in social history and museum collection has been the focus of artist residencies and commissions for Cadw and Arts Council of Wales, 42nd Street Manchester, Canal & Rivers Trust with Contemporary Arts Society and East Street Arts, National Glass Centre, The Library Theatre Company and Aberystwyth Arts Centre. Harvey has exhibited internationally and her work was acquired for the permanent collection of mima in 2009. lucyelsieharvey.com

Launch Pads are short exhibitions or performances that punctuate Castlefield Gallery’s curated programme providing artists, writers and independent curators with the opportunity to use the gallery as a test bed for the production, display and consumption of contemporary art. Launch Pads feature emerging talent selected from CG Associate members’ proposals (three times a year) and from the MA and BA art courses at Manchester School of Art (once a year).

Lucy Harvey received her BA in Three Dimensional Design from the Manchester School of Art and completed her MA in Jewellery, Silversmithing and Related Products at the Birmingham Institute of Art and Design in 2008. In 2009 her work was acquired for the permanent collection of MIMA and she has since exhibited both nationally and internationally. Previous commissions include 42nd Street, Manchester; National Glass Centre, Sunderland; The Library Theatre Company. She has held artist in residence posts at Valle Crucis Abbey with Arts Council of Wales and Cadw; Canal & Rivers Trust with East Street Arts and Contemporary Art Society; Aberystwyth Arts Centre with support from Esmée Fairbairn Foundation. lucyelsieharvey.com

Castlefield Gallery would like to thank the North West Film Archive at Manchester Metropolitan University. 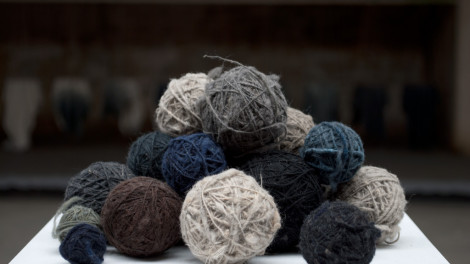