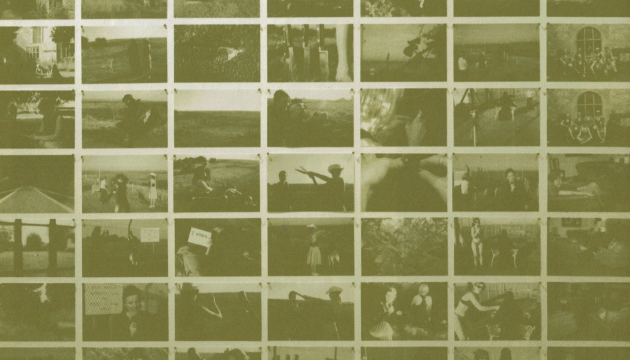 KISSS is an attempt to respond to these issues, and as a meta-performance it incorporates the individual and collaborative practices of its members, organised around four strategies. These strategies reflect the diversity of practices among the artists and are a curatorial methodology for creating cohesion to a large scale project involving over 30 contributions – Body Fortress: examining surveillance and suppression of the personal, Media Watch: investigating media speak, subtext and information dissemination methodologies, Bionic Bodies: questioning the technological body data and I See You See: researching surveillance space.

Sara Raza (UK/Germany) has been commissioned to write a text for the KISSS website, Art in Security and Security in Art: www.elastic.org./KISSS/saraRaza.html

Camilla Brueton is a London based artist with an interest in public and communal space; how it is used, viewed, and remembered. She has completed a residency at Hanover in Hackney Housing Association and a solo exhibition and performance, Lounge 2007. Other exhibitions include Shifting Ground, Angel Row Gallery, Nottingham 2007, Strangers on a Train, London to Newcastle train route 2005, Shift, Merrion Superstore, Leeds 2004, The Brunswick Project, The Brunswick Centre, London 2003, East International, Norwich Gallery, Norwich 2002. Brueton recently published a collaborative, interdisciplinary artists’ book point and place, awarded the Birgit Skiold Award for excellence in Book Arts at the ICA Artists’ Book Fair 2007. Brueton also works in the arts as a project manager and researcher. Clients have included SPACE, Spread the Word, Proboscis and Resonant.

is an artist, curator and co-founder of KISSS. Her practice concerns the relation between perception, cognition and representation which she explores through narrative based film, video, and photography. Recent projects include In the Mind’s Eye, a 35mm film funded by the Arts and Humanities Research Council, Still Moving a photographic installation commissioned by CAPTURE the national agency for dance on screen and Artist vs Hollywood, an international touring exhibition of film and video. She lectures at the University of Bedfordshire and is Director of Heraclitus Pictures, a company producing artistic projects.

is a London-based artist and founder of the art and research platform msdm, whose projects feature her interest in mobile strategies of display and mediation and the convergence of networked practices and daily life. Solo exhibitions include Soundtrack for a CCTV, Voyeur Project View, Lisbon 2007, Arphield Recordings, Space, London 2006, whatarewedoingwhatshappeningtouswhatneedstobedoneiprefernotto, Elastic Residence 2005 and sos:ok, Coleman Project Space 2004. She co-curated Local worlds: spaces, visibilities and transcultural flows at the Centro Cultural Lagos 2008 and is lecturer and researcher on digital photography and social media at the London South Bank University and lecturer on contemporary art theory at the University of Westminster.