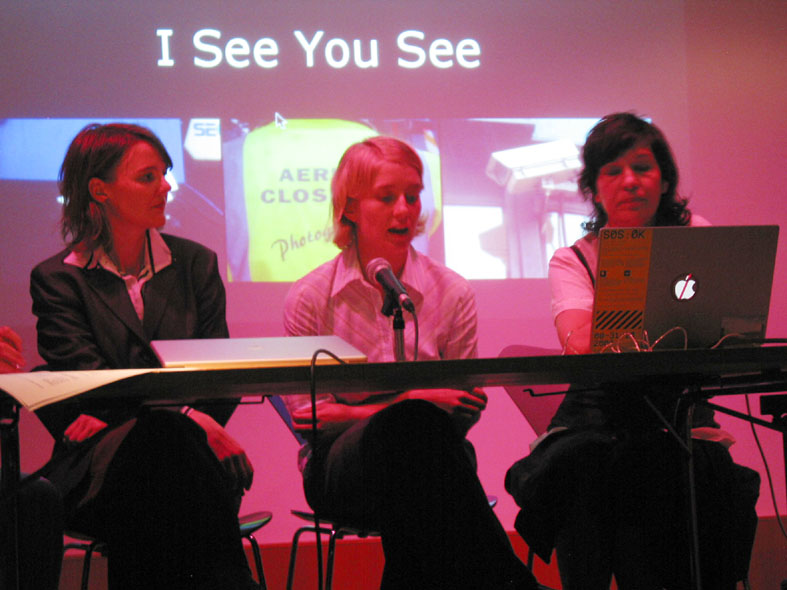 More on: Alex Haw is an architect, artist, writer and educator. He runs the multidisciplinary collaborative practice atmos, focusing on the role of performance, interactivity and the moving image. He has taught design studios focusing on ephemeral and ambient architecture at the Architectural Association, University of Cambridge and the TU Vienna, and has exhibited and lectured globally.

More on: John E McGrath is Artistic Director of Contact Theatre. John has worked with hip hop theatre artist Benji Reid (b like water), with poet Lemn Sissy (Storm and Something Dark), on a multi-media collaboration with writer Kaite O’Reilly and visual artist Paul Clay (Perfect) and on the theatre installation Close Up. Previous roles include Associate Director of New York experimental company Mabou Mines. John has a PhD in Performance Studies from NYU; his book, Loving Big Brother: Performance, Privacy and Surveillance Space was published by Routledge in 2004.

More on: Julianne Pierce is an Australian curator, writer and producer specialising in digital and media arts. She is the Executive Producer with Blast Theory. She has worked as the Executive Director of ANAT. She has curated events and exhibitions including Primavera for the Museum of Contemporary Art 2003, Sydney and the Artists’ Week program for the Adelaide Festival of Arts in 2006 and 2008. Julianne is a founding member of the computer artist group VNS Matrix 1991-1997.

More on: Pam Skelton is an artist and senior lecturer in fine art at the University of Arts London. Her ongoing project Art and the Stasi Archive–Warnings from History is a multidisciplinary collaborative research on the surveillance methods of the Ministry of State Security (Stasi). Set in Erfurt, Germany a city in the former GDR the research focused on the conspiracy dwellings, essentially ‘safe houses’ (mainly rooms in flats and offices) where the Stasi officer instructed and received information from his informant.