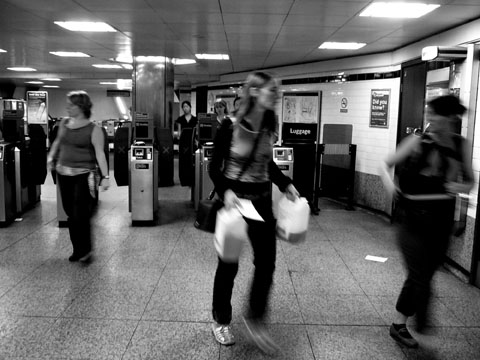 Last night near my London home a gang fight involving about 40 teenage and early twenties males broke out… A boy I know ran out of his house brandishing a large knife.. As far as I know everyone was OK this time… Four years ago on the same corner someone was knifed to death in a similar fight. Would a CCTV camera on this corner have any impact on preventing such events or would it merely succeed in moving the “problem” elsewhere? A quick perusal of online cameras reveals that a large number of them have been paint bombed anyhow.

” Fabyc is creating a melange that investigates the collision of council policies with personal stories and political movements such as the Feminist Reclaim the night March – a march about women’s right to feel safe on the streets at night which traditionally takes place in October each year.”