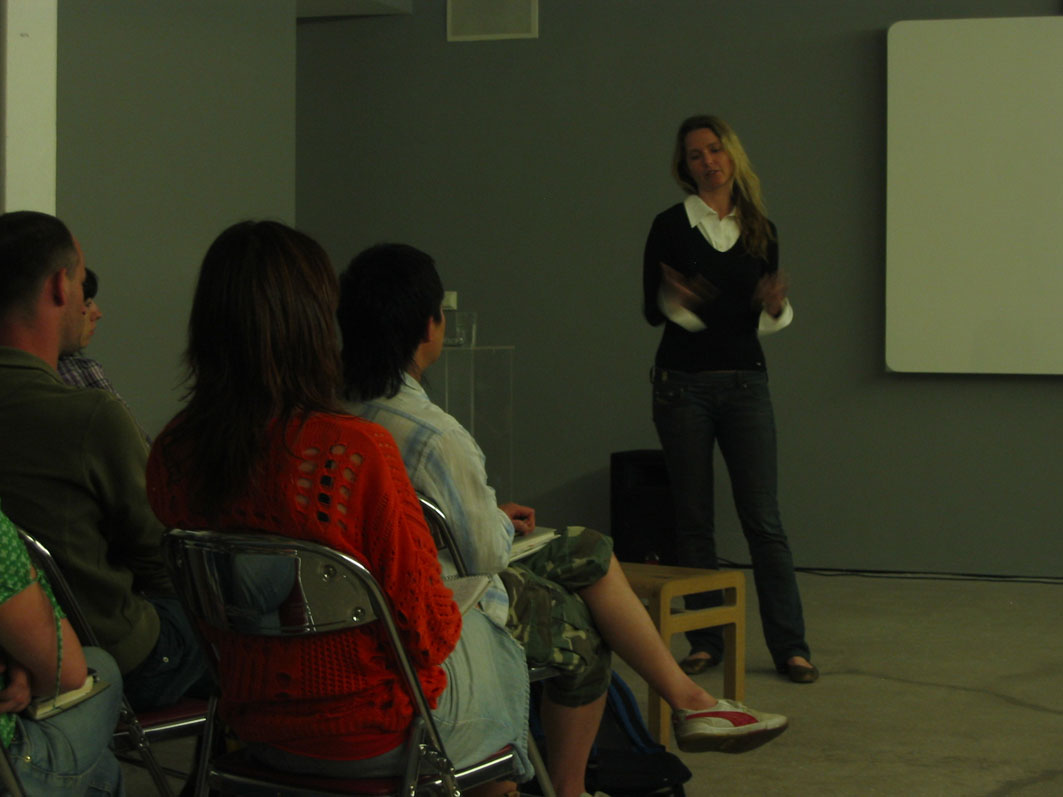 MORE ON DARIA MARTIN:
Daria Martin was born in San Francisco and
graduated with an MFA from the University
of California in 2000 after doing a BA in
Humanities at Yale University. Since 2001
she has had numerous international solo
exhibitions at the Kunstverein, Hamburg;
Kunsthalle, Zürich; Collective Gallery,
Edinburgh; Tate Britain, The Showroom,
London and Andrea Rosen Gallery, New
York. Her work is currently touring nationally
as part of the Hayward Gallery’s British Art
Show 6 and she is in a two person show
Choreographic Turn at MIT, Boston. She has
also been featured recently as part as the
Tate Triennial 2006 which showcases new
developments in recent art, in A world of
pleasures to win with artist Bernd Kraus at
Dreizehnzwei, Vienna and she was nominated
for Beck’s Futures in 2005. Martin has also
undertaken residences at the Cite Internationale
des Arts in Paris and the Delfina Studios Trust
in London. Martin lives and works in London.