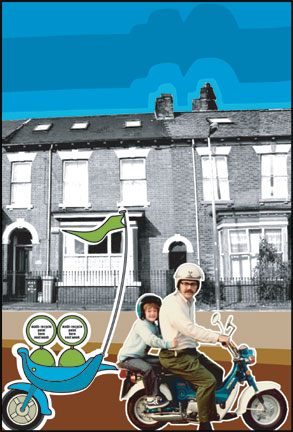 Coinciding with ‘New Plastic Universal’ the artist, Ben Cove, will be talking to Ben Cove, via a (nearly) live video link-up, about the work of Ben Cove.

Cove becomes the latest artist to employ the technique of self-interview to explore the ideas behind their work. Using pre-recorded footage Cove will ask himself about the new work he has produced for Castlefield Gallery and how it has developed out of his previous paintings. He will also discuss this new work in the light of the ideas of utopianism and idealism that drove many artists, designers and architects throughout the 20th century. And that, despite intellectual and academic de-bunking, continue to drive the rhetoric of urban re-generation and town planning.