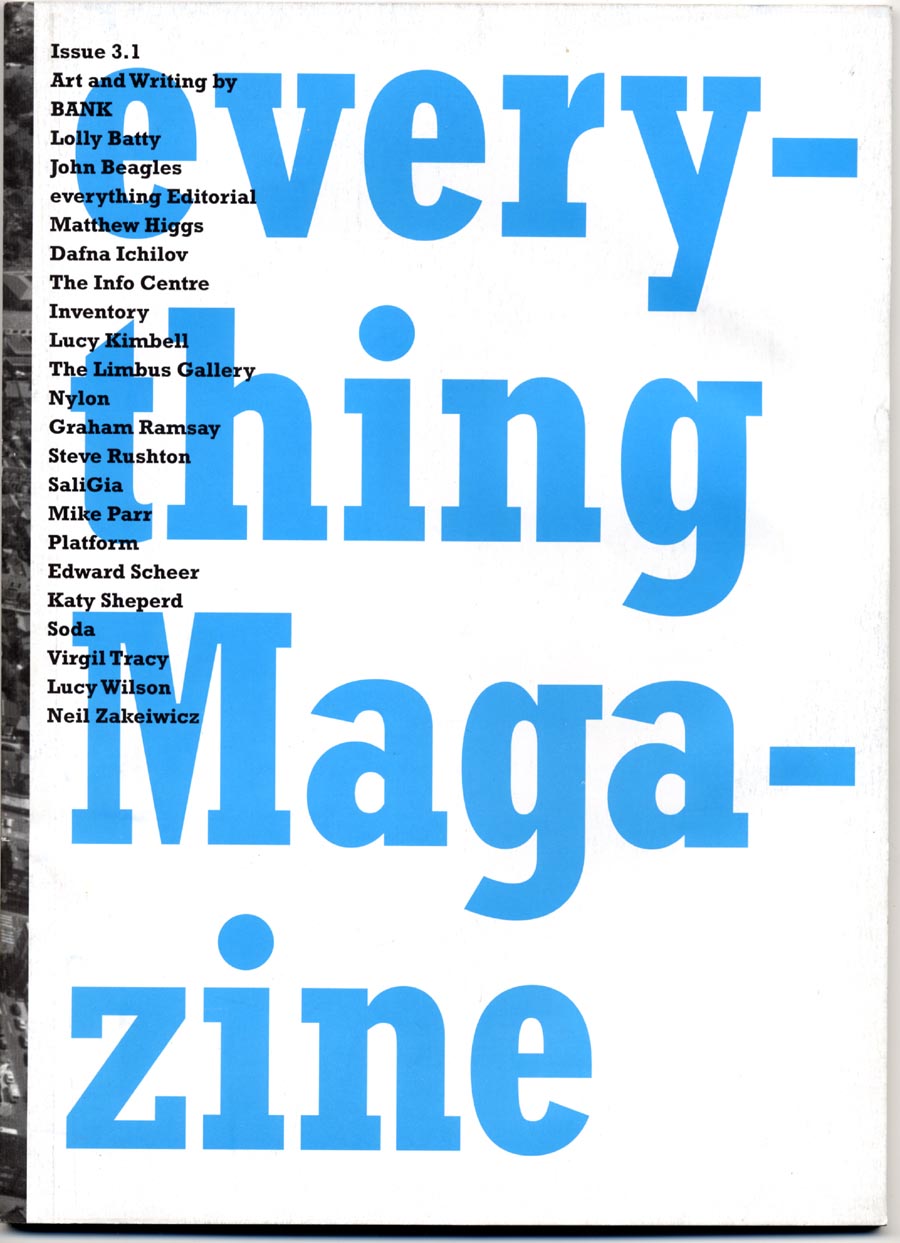 James Brooks from Book Works and John Timberlake, artist and Co-Editor of Everything Magazine, will be talking about publishing across a number of formats from the internet to the limited edition book.

Established in 1984, Book Works, a non-profit making organisation based in the East End of London, also celebrates its 21st Anniversary in 2005. Its mission is to disseminate visual art practice to as wide and diverse an audience as possible, through the commissioning and production of new books in collaboration with contemporary artists and writers. Alongside artists’ books they produce multiples, videos, CD-ROMs and new media projects and devise and co-ordinate exhibitions, installations, performance works and symposia.

Everything Magazine (1993-2002) was an art magazine that pretended to be a textbook from 2058. It provocatively suggested that ‘Few were aware at the time [i.e. the nineties] what the full implications of dressing up a hackneyed form of expressionism in the clothes of conceptualism and minimalism would be; that it would leave a vacuum of meaning which would cause the credibility of art to haemorrhage.’ Leading to the death of art in August 2020.

John Timberlake is an artist based in London. His recent exhibitions include shows at The Agency, London, One Twenty Gallery, Ghent and East International 2004 at the Norwich Gallery. He became involved with Everything Magazine in 1993, and, with Steve Rushton and Luci Eyers, was Co-Editor from 1996 until its demise in 2002.