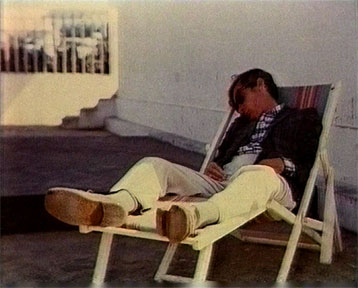 Castlefield Gallery presents a series of talks exploring works from the exhibition ‘Pass the Time of Day’, alongside ideas around music and art and the notion of the everyday. For the first talk in the series artist Stephen Sutcliffe will discuss his work and screen films from his video archive; offering a rare chance to see footage from his personal collection.

MORE ON STEPHEN SUTCLIFFE:
Stephen Sutcliffe studied BA (Hons) Fine Art at Duncan of Jordanstone College of Art, Dundee and completed his MFA at Glasgow School of Art in 2002. Sutcliffe has forthcoming solo shows at Breeder, Athens and 656, Glasgow and is participating in the group show Puff, Puff and Hatchet, a touring exhibition curated by Mark Beasley.