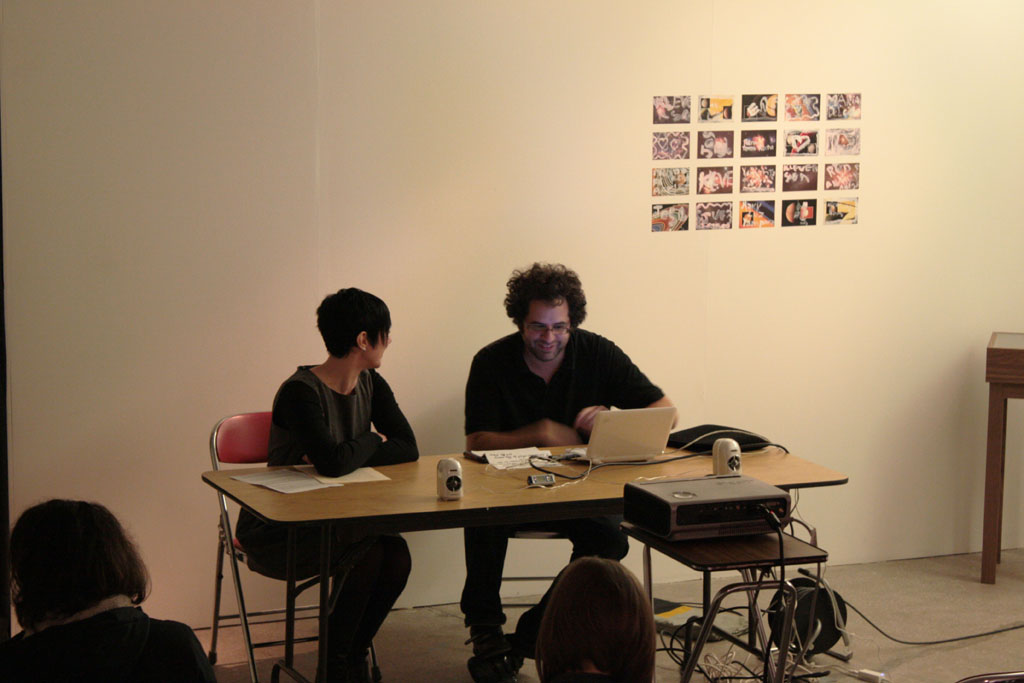 Dr. Kaye Mitchell will focus on the use of utopian and dystopian literature as a vehicle for socialist, feminist, queer and other radical politics, looking particularly at material produced in the 20th and 21st century. Jasper Joffe will focus on the annual Free Art Fair and its ideology in the shadow of the current economic climate.

More on: Jasper Joffe is a painter, curator and writer based in London. His work was recently included in the exhibition The Sale of a Lifetime at Idea Generation Gallery, London, in which he put everything he owned on sale. In 1999, he initiated worldwidereview.com to widen the scope and participation in art criticism. In 2007 he founded the first Free Art Fair as a critique of the commercialism of Frieze and other art fairs. October 2009 will see the third and final Free Art Fair taking place at The Barbican www.freeartfair.com
www.worldwidereview.com

More on: Dr. Kaye Mitchell is Lecturer in Contemporary Literature at The University of Manchester, and the author of Intention and Text: Towards an Intentionality of Literary Form (Continuum, 2008) and A.L. Kennedy (Palgrave, 2007), along with numerous articles on contemporary literature and culture, gender and sexuality, and popular fiction. Her works in progress include a chapter for a forthcoming Cambridge Companion to Popular Fiction, chapters on women’s sex blogs and erotic memoirs, and 1950s pulp sexology, respectively, and an article on Martin Amis’s novel Money. In addition to her academic work, Mitchell has also given talks at Ladyfest, Manchester, Queer Up North, Manchester and Homotopia, Liverpool as part of her commitment to feminist and queer politics outside the academy.

FREE EVENT, BOOKING REQUIRED To book please call the gallery on 0161 832 8034 or email events@castlefieldgallery.co.uk with your contact details and number of places.