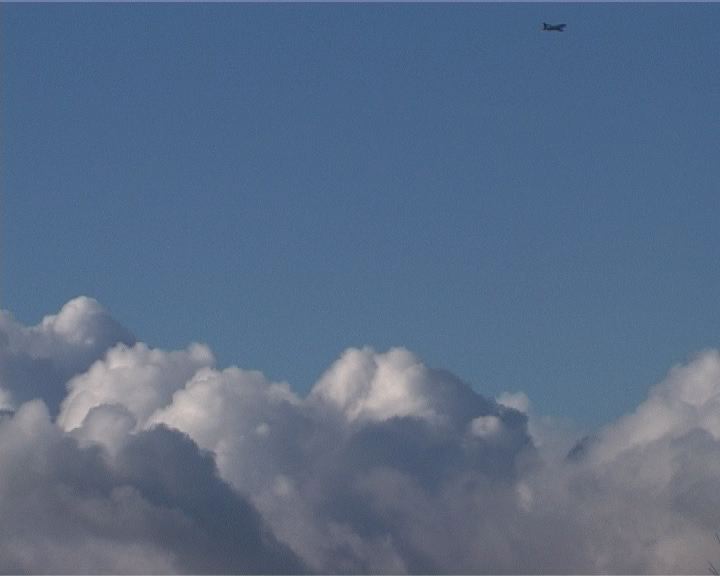 ‘An English Journey (part III)’ presents two specially commissioned film works and a series of photographs exploring the seemingly prosaic experience of a place through continual transit. Combining Cross’s dual passion for vehicles and travel the works refer in part to JB Priestley’s book ‘English Journey’ (published 1934) and demonstrate a similar curiosity for the nature of the English landscape today.

The film ‘3 Hours From Here’, presents a view of the English landscape seen from the unusual but privileged vantage point of a lorry cab – eight feet above the road and constantly on the move. Hundreds of vehicles are seen throughout the journey, carrying vast quantities of goods, but it is never clear from where they originate or where they are going. Beyond the road the camera scans a surprisingly lush, green landscape. Everywhere is by-passed in a continuous flow of commerce. The piece is strangely mesmerising and hypnotic, contradicting one’s expectations of a post-industrial countryside that appears largely untouched and unrecognisable.

The second film ‘West’, a new commission produced especially for the Castlefield Gallery, illustrates well some of the particular pictorial qualities found in Cross’ work. Filmed in one 45-minute take, on location at Manchester Airport, it details aircraft taking off at the beginning of their outward journeys. Including mostly passages of anticipation, when the film occasionally charts aircraft trajectories across the sky the purpose of journey becomes almost abstract and playful.

The photographs included in the exhibition were taken in areas mostly on the periphery of Manchester, Rugby and Southampton. Recording places such as DIRFT Logistics Park in Rugby, various motorway service areas and Trafford Park in Greater Manchester (recognised as the world’s first industrial estate and still serving as an important business park) these photographs indicate how the road network now shapes much of the contemporary landscape.

‘An English Journey (part III)’ arrives in Manchester after touring from the John Hansard Gallery in Southampton and Rugby Art Gallery; completing the final leg of the journey taken in ‘3 Hours From Here’.

MORE ON ANDREW CROSS:
Andrew Cross began working as an artist in 2000 after establishing a successful career as a curator. Working mostly in photography and more recently video he has explored subjects close to lifelong interests: travel and the machines of transit, together with a curiosity for where things come from. In 2002 Cross published his first book ‘Some Trains in America’, which was followed in 2003 by ‘Along Some American Highways’. In 2004 Cross was short-listed for the Beck’s Futures Prize. His work has been exhibited in the UK and abroad and is included in a number of collections.

Accompanying book and DVD:
‘An English Journey’, published by Film and Video Umbrella and John Hansard Gallery, is available to buy from Castlefield Gallery. Price £10.00

‘3 Hours From Here’ is a Film and Video Umbrella touring exhibition, commissioned in association with John Hansard Gallery, University of Southampton. Supported by Arts Council England and Scania Ltd.
The photographic works have been commission by Rugby Art Gallery & Museum and John Hansard Gallery, supported by Arts Council England.