6 Million Ways of Getting into the Arts: Animation

Castlefield Gallery is excited to be working with Quays Culture to programme a series of six presentations that will inspire creative practitioners based in Greater Manchester and beyond.

The series of six 3-hour long events will feature nationally and internationally renowned creative people and organisations from a selection of the most dynamic creative practices including acting, animation, art, moving image, performance and creative writing. Through the presentation of case studies the speakers will highlight some of the many diverse routes to developing careers in these exciting and creative disciplines.

Join us on Sat 16 March, 2-5pm at the University of Salford, MediaCityUK Campus when Ian Mackinnon, Creative Director, Executive Producer and co-founder of world renowned puppet makers and producers Mackinnon & Saunders and internationally acclaimed moving image artist Max Hattler will discuss their work, the routes their careers have taken and some of the different avenues to developing a career in animation.

Mackinnon & Saunders is the world’s leading company specializing in character development of stop-motion puppets and a producer of high quality animation. Their puppets have featured in projects as diverse as Postman Pat, Bob the Builder, Pingu and Fantastic Mr Fox and they have collaborated on three films with Tim Burton:  Mars Attacks!,  Corpse Bride and Frankenweenie as well as his recent MoMA retrospective. In recent years the company has diversified into animation production and we developed and co-produced two popular children’s television series for the BBC: Frankenstein’s Cat and Raa Raa the Noisy Lion.

Moving image artist Max Hattler has had solo exhibitions at Tenderpixel Gallery, Playgrounds Festival, Lumen Eclipse, Media Art Friesland, and Someonesgarden Tokyo, and retrospectives at Go Short Nijmegen, Image Forum Festival, Fredrikstad Animation Festival, Lago Film Fest, Branchage Film Festival and International Short Film Festival Detmold, among others. His works have been shown at hundreds of film festivals as well as in museums and galleries. He is the recipient of several awards including Multivision Festival, St. Louis Film Festival, Premio Simona Gesmundo, Visual Music Award, Animate OPEN Digitalis, London International Animation Festival, Videofestival Bochum, Videologia, 700IS Art Film Festival, and many more.  He has collaborated with music acts such as Basement Jaxx, Jovanotti, Pixelord, The Egg, and Jemapur, and he has presented his audiovisual live performances around the world, including the Museum of Image and Sound in Sao Paulo, Electrovisiones Mexico City, the European Media Art Festival, Cimatics Festival, Donaufestival Krems, Filmfest Dresden, SuperDeluxe Tokyo, The Big Chill Festival and London’s Institute of Contemporary Arts. Hatler teaches in London at Goldsmiths and the University of the Arts, Chelsea, and is studying towards a Doctorate in Fine Art at the University of East London.

—
For further information contact Jennifer Dean, Communications and Audience Development Coordinator at Castlefield Gallery on jennifer@castlefieldgallery.co.uk or on 0161 832 8034
—
Quays Culture is a new arts programme based out of the Quays/MediaCityUK and aims to attract local and international talent to Greater Manchester audiences. They work with artists that use innovation and creativity for live and digital interactions. The world-class location and partners support a collaborative programme of arts festivals, events, new art works, learning and new fun experiences for all to join in.

This event is supported by the University of Salford and Animate Projects.

​This Castlefield Gallery/Quays Culture programme is supported by 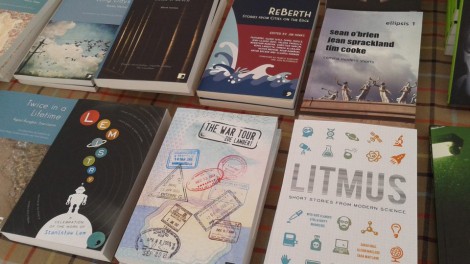 6 Million Ways of Getting into the Arts: Creative Writing