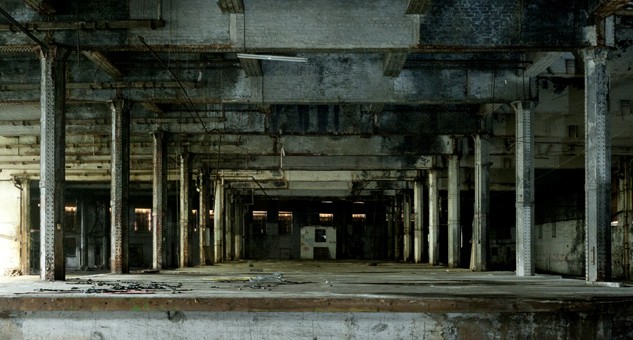 For CG Associates Only

A trip to see Tino Sehgal’s This Variation and Mette Ingvartsen’s Evaporated Landscapes, complete with a talk either by one of the artists or by Tino Sehgal’s close collaborator and co-curator Asad Raza. Both pieces are part of Manchester International Festival. We will also be able to see the 6pm showing of Dan Graham’s Past Future Split Attention

The Mayfield Depot is the beautiful old building you can see from platforms 13 and 14 of Piccadilly Station; it’s a former railway station and then parcels depot that closed down in 1986.

Sehgal’s 2012 piece These Associations is nominated for the 2013 Turner Prize. This Variation, first shown at Documenta 13, is described on the MIF website as follows:
This radical and immersive work plunges visitors into a pulsating sensory landscape, by turns enigmatic and recognisable. Taking advantage of the visitor’s own dilating pupils, This Variation constantly shifts perception, processing and transforming before eye and ear.

MIF describes Ingvartsen’s piece as follows:
Ingvartsen’s Evaporated Landscapes is an artificial world in which landscapes are constructed from light, sound, bubbles and foam. In Mette Ingvartsen’s work, choreography is removed from its normal context and becomes the relationship between these ephemeral elements as they magically float and dissolve into space.

Mette Ingvartsen is a Danish choreographer and dancer whose recent works focus on questions of perception and sensation.