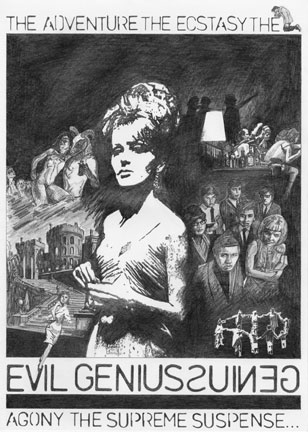 WIDESHUT presents the first in the series of collaborative editions, working with a number of key producers in the arts, including visual arts, film, music, and others…

Each hand-numbered limited edition of 1000 will include an exclusive comic book by artist Olivia Plender ‘The Masterpiece – Part 4, A Weekend in the Country’ (2005) supported by Arts Council England North West, Esmée Fairbairn Foundation and The Granada Foundation.

The magazine will be available from Castlefield Gallery, Wideshut (online), Waterstones, Borders and selected independent bookshops and galleries around the UK. (R.R.P £9.95)