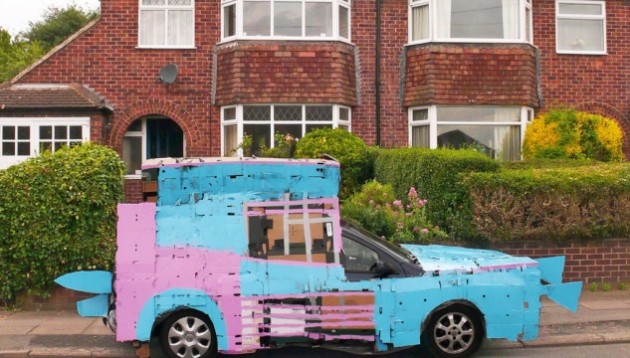 Launch Pads were short exhibitions/performances/events that punctuated Castlefield Gallery’s main exhibition programme from 2012 to 2018, providing artists and curators with the opportunity to use the gallery as a test bed for the production, display and consumption of contemporary art. Launch Pads featured emerging talent selected from Castlefield Gallery Associate members’ submissions and the BA, MA and MFA contemporary art courses (Interactive Arts and Fine Art) at Manchester School of Art.

The first in a series of biennial exhibitions showcasing some of the most promising work being produced by MA and MFA Fine Art graduates from Manchester School of Art.

Curated by Rhino Collective, Th-th-th-that’s all folks! featured work by artists based across the UK who share a particular sense of humour, part expression of and part refusal to be determined by the current socio-political climate. The exhibition was accompanied by two texts- one by a 23-year-old and one written by a 6-year-old. The exhibiting artists were Jamie Fitzpatrick, Maria Gondek, Amy Kim Grogan, Alfie Kungu, Millie Layton, James Lomax, Milly Peck, and Dominic Watson.

Curated by Will Marshall, An Exchange of Sorts presented new work made by Connor Brazier, Robyn Nichol, Sid & Jim, Emily Simpson, and wannamarchi.club in response to Marshall’s invitation to consider the concept of ‘exchange’, particularly in relation to the production and exhibiting of art. All the work in the show was for sale, not for money but for other tradeable currencies which the artists felt represented a fair exchange for an original artwork, such as a house, a horse or a cheese pasty.

A collaboration between Castlefield Gallery Associate and multi-disciplinary artist Marie Jones (aka Kochi Kochi), and New York City-born Manchester-based artist Stina Puotinen, also featuring guest artists Patti Crozier, Adam Griffiths, Aliyah Hussein and John Powell-Jones. CURIO CURIA focussed on where the artists’ individual practices connect through object and image making, allowing this collaborative process to be public as the work evolves. Elements of the work were added to, elaborated upon, moved and removed over the course of the exhibition.

After selecting the artworks, Leach gave each artist the option to ‘stick or twist’ – either exhibit a work chosen by Leach, or swap and include something different. He relinquished all input as curator, avoiding dialogue, and leaving himself without a say, disrupting his ‘vision’ – for better or worse.The original selection of works was installed as intended and documented with a 3D camera, before swapping Leach’s selection for that of the artists. Visitors could view the original installation with VR headsets, presenting the curator’s original vision alongside the final exhibition.

Film, installation, music, performance and a publication showing the fruits of  Manchester Left Writers’ searches for what could be “free” spaces in the city: spaces where notions of commonality, free expression and liberation are discoverable and can be accessed by all.

Six artists (Florent Dubois, Graeme Durant, Jemma Egan, Lindsey Mendick, Suzanne Posthumus and Josh Whitaker ) created a collective story over a period of a month, which became the foundation for a harmonious group exhibition whilst reflecting the sometimes problematic nature of the ‘group show’.

Nixon made new work in the gallery whilst also reconfiguring and reconstructing existing works. The creation and exhibition of the works will be developed in relationship with the Castlefield Gallery space, its architecture, audiences and context as a contemporary visual art venue. During the exhibition Nixon collaborated with the photographer Stephen Iles, reflecting on what happens to an artwork when it is photographed and to what extent the image might become the work itself.

For this exhibition Ian Malhotra, Emily Rusby and Sunshinejack presented new work including drawing, video and sculpture. Though their practices are diverse, a conversation about the effects of technology on our lives runs throughout the exhibition; with references to the exchange of goods and information, government secrecy, warfare, and human interaction via digital media.

Through the display of the artists personal collections and performance, Literacy looked at the way in which we read maps, interpret and remember borders, and the way lines are drawn in the sand, arbitrarily, naturally and premeditatedly.

Seven artists including (Jenny Core, Sophia Crilly, Hondartza Fraga, Mary Griffiths, Lesley Halliwell, Jenny Steele and Claire Weetman) all at different stages in their career, and all based in the Northwest and who each respond to the medium of drawing in diverse and innovative ways including 2D & 3D drawing, drawing installations, animation and performance.

Work by Calum Crawford, Darren Murphy and Sophie Mitchell work contrasted the loud and colorful with the fragile and overlooked, the appropriated with the relational. While Crawford and Mitchell brought visuals into the gallery, Murphy documented visitor’s interactions with this situation, leading to further reflection outside of the exhibition.

Some Misunderstanding brought together eight artists from across Europe, the U.S. and the North West of England: Cory Arcangel, Anton Bruhin, Jenny Core, Dina Danish, Denicolai & Provoost, Maya Erdelyi, Dave Evans and Ben Gwilliam. Mondegreens are mishearings of words or phrases, which in turn acquire new meanings. Pareidolias are randomly occurring shapes, forms or sounds experienced as significant by individuals or groups. Drawing on examples such as misheard song lyrics or sightings of religious figures in banal objects, this exhibition explores how misunderstandings can lead to everything from amusing mistakes to amplified experiences of the world.

Inspired by modernist architecture and utopian dreams, each of Pocock’s paintings and drawings begins with a small spontaneous sketch. Pocock plays with symmetry and asymmetry, perspective, different representations of elevation and 3D projections such as axonometric and isometric to recreate his “private interior of thoughts” as architectural spaces in the final artworks. Pocock’s works, whether on canvas, paper or in pixels offer a contemplative convergence of the mind and the physical world.